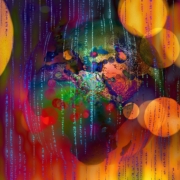 Red Hat rose to prominence simplifying technology stacks, with a mission to break the chokehold proprietary operating systems had on the enterprise via Enterprise Open Source, then extending that out to the various cloud developer platforms through its products. For this product strategy, Red Hat developed simple monetization strategies that have been replicated throughout the industry in what are now commonly called “as a Service” business models.

Red Hat recognizes it needs to do more to solidify its position as the glue, or virtual mortar, for digital business. The march to edge, driven by ubiquitous, economical compute, means that Red Hat has to expand beyond its horizontal strategy, which caters to the IT developer community, to also incorporate a more nuanced strategy that provides the requisite workflow and industry wrappers to simplify developer remits even further.

Red Hat quite correctly cites its dominance in the enterprise, with over 90% of the Fortune 500 using Red Hat products and solutions. This share dominance positions the company well for legacy application modernizations for an inside-out expansion strategy. Legacy vendors increasingly expose internal data through a series of different use cases and business constructs, whether it be to deploy internal data for marketing initiatives or to modernize the transfer of permissioned information among other business entities in a multi-enterprise business network.

But outside-in data utilization from customer-facing applications, often built cloud natively, is a different story. Many of the technology startups targeting those business use cases have become enamored with hyperscaler marketplaces as a key attribute when settling upon their development strategy. While developers may still be king, customer parliaments have greater and greater influence over the way the business policies are determined. Simple add-to-cart trials can trump the developer efficiencies associated with writing once in OpenShift to deploy anywhere.

Red Hat has moved to fill that gap by stating it will meet customers where they want to buy. IT procurement, Red Hat rightfully argues, is being consolidated on hyperscaler marketplaces, and Red Hat is developing — across much of its portfolio — more co-selling situations with Microsoft Azure (Nasdaq: MSFT), Amazon Web Services (AWS; Nasdaq: AMZN) and Google (Nasdaq: GOOGL) around OpenShift, SQL and SAP technologies.

Red Hat makes the last-mile connection to the workflow seamless

Red Hat can mask the technological complexities of the hybrid multicloud world. Through Ansible OpenShfit and the Red Hat portfolio, the company can also streamline the DevSecOps processes to allow software development to focus on the business value, while Red Hat addresses the infrastructure deployment layer that will become increasingly important as edge deployments proliferate.

Presently, Red Hat has honed its offers for telco, financial services and what is broadly defined as Industry 4.0. Red Hat’s telecommunications and financial services market share has been a solid underpinning of the company’s install base for decades. Similarly, these two verticals are also pushing hard for edge build-outs to bring compute and networking functionality as close to their end customers as possible.

Through Red Hat’s automation and open-source curation competencies, the company is able to create what it calls validated patterns for the edge. The validated patterns will consist of publicly available reference architectures Red Hat certifies for its various version releases. Validated patterns, in essence, shorten the development time for the broader Red Hat community by addressing the underlying infrastructure connections and interactions necessary to work in the hybrid multicloud world.

Top 3 Predictions for Digital Transformation in 2022

Top 3 Predictions for Management Consulting in 2022
Scroll to top