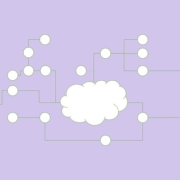 Based on a foundation in Linux, which enables containerized applications to move across physical and virtual environments, Red Hat maintains a unique market presence with its neutral PaaS solution, Red Hat OpenShift. Red Hat’s vision to extend the applicability of Red Hat OpenShift, which is leveraged by 90% of Fortune 500 companies, to new use cases, consumption models and environments was one of the key takeaways from Red Hat Summit 2021.

As discussed by Paul Cormier, one of the main benefits of an open hybrid cloud approach, which is based on open code, processes and cultures, is the flexibility to run applications across environments with consistency. This approach positions Red Hat and its customers to evolve alongside emerging market trends such as AI, 5G and even quantum computing. As seen in Red Hat’s expanding top line, the company has been successful leading with an architectural approach under core brands such as Red Hat Enterprise Linux (RHEL), OpenShift and Ansible. TBR believes Red Hat will be well positioned to expand its portfolio to new markets and customers and push its open-source expertise beyond the bounds of cloud computing due to continued support from IBM (NYSE: IBM) and an expanding ecosystem of systems integrators (SIs) and ISVs.

While Red Hat has offered Red Hat OpenShift as a managed service for some time, scaling up managed support is becoming a key initiative for the company, especially as more customers pursue managed offerings to offload operational tasks at both the applications and infrastructure layers. To broaden the applicability of Red Hat OpenShift, at the event, the company unveiled three new cloud managed services supporting customers’ need to build, deploy and integrate modern applications within their existing Red Hat OpenShift environment, either in the cloud or on premises.

At the Red Hat Summit 2021 conference, Red Hat continued to convey to a group of customers, partners and industry analysts the message of open hybrid cloud the company has been leading with for over a decade. Over the course of the three-day event, executives including Red Hat CEO Paul Cormier and Products and Technologies EVP Matt Hicks outlined Red Hat’s evolution from an operating system company to one offering a full suite of self-service software and services for hybrid cloud. 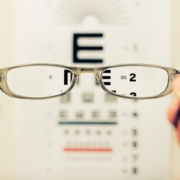 IBM helps customers extend IP ‘inside out’ to anyone, anywhere