You are here: Home1 / The Blog2 / Special Reports3 / Past is prologue for EY and the blockchain ecosystem 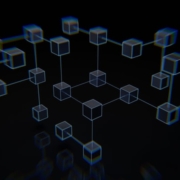 Gathering in person again for the first time since 2019, EY hosted around 200 blockchain enthusiasts for a full day of presentations, panel discussions and deep dives into the technologies, business use cases and ongoing challenges around the entire blockchain ecosystem, from cryptocurrencies to decentralized autonomous organizations (DAOs) to smart contracts. TBR attended EY Blockchain Summit both in person and virtually and spoke with EY leaders, EY clients, and entrepreneurs using the event to better understand blockchain. Following the in-person event, EY held virtual sessions for three additional days, tailored to practitioners and focused on specific use cases and technologies.

At every EY Blockchain Summit, TBR has been bowled over by the vision, clarity and passion EY brings and the diverse perspectives and commercial opportunities discussed both freely and critically. No good idea goes unspoken, and no questionable idea passes unscathed. In all these aspects, the May 17 summit in New York City — a welcome return to in-person gatherings — echoed previous summits, including an opening presentation by Paul Brody, EY’s unique blockchain proselytizer (and the firm’s global blockchain leader).
The overarching theme, in contrast to past events, centered on unlocking enterprise use cases, with EY facilitating adoption and adequately addressing privacy on the public blockchain. While last year’s summit featured extensive examinations of cryptocurrencies, central bank digital currencies and decentralized finance (DeFi), Brody and EY kept this year’s focus on getting to scaled adoption of blockchain such that blockchains do for business ecosystems what ERP did for the enterprise.
Numerous presenters and panelists took the discussion far afield, into questions such as the future of the dollar and the value of decentralized autonomous organizations, but Brody and his EY colleagues consistently presented a firm with the right strategy, investments, tool sets, alliances and leadership to act as a good shepherd for blockchain, advising clients on adoption and helping to shape a sustained push to Ethereum as the dominant ecosystem platform.
In TBR’s view, unrestrained passion for blockchain, bolstered by R&D investments (see below) and combined with a Big Four mentality around risk, compliance and consulting for large-scale enterprises, will continue to differentiate EY from peers, a separation that will become financially significant should Brody’s optimistic projections for blockchain’s revenue potential play out.

Brody’s opening monologue covered the vast blockchain space, including three “killer apps,” cryptocurrencies, DeFi and DAOs, and predicted exponential growth for blockchain over the next 15 years. He hammered home the dominance of the Ethereum platform, which he described as “demonstrating all the process maturity you would expect from essential infrastructure.” And he described non-fungible tokens (NFTs) as one of the “most mature use cases” and heading for “mainstream adoption.” In this constantly changing space, Brody centered EY’s value on helping enterprises build, run and manage secure business processes on the Ethereum blockchain. To explain EY’s case, Brody helpfully provided his firm’s “secret plan for world domination” and its four component parts — essentially, advise, build, enable, and manage (tax included).
Circling back to a theme that has surfaced repeatedly at these blockchain summits, Brody said that EY understands enterprises will move to public blockchains when they are assured of privacy — not anonymity — and that the firm has worked to make that privacy possible through a partnership with Polygon Nightfall, a “privacy-centric Layer 2 network built on technology developed by EY teams and placed in the public domain.” TBR cannot assess the technological aspects of Polygon Nightfall, but two critical elements stand out from Brody’s presentation of it: First, EY dedicated people and money toward developing the technology, likely included as part of the firm’s planned $200 million in blockchain R&D spend in 2021, up from $100 million in 2021. Second, the firm released the technology into the public domain, demonstrably committing to public blockchains and EY’s role as a positive force in the ecosystem. Critically, Polygon Nightfall neatly complements EY’s existing blockchain solutions EY OpsChain and EY Blockchain Analyzer, which Brody explained the firm had expanded in the last year.

Brody netted out the two suites as covering the essentials of every asset, business process and industry, with every transaction consisting, in his words, of “money, stuff, swap, subject to agreement.”

Vision, execution, results: EY’s track record in blockchain has yet to be challenged

Brody’s opening tour d’horizon highlighted the biggest blockchain trends and EY’s latest developments while also, in TBR’s view, subtly understating EY’s core value to its blockchain clients and the blockchain ecosystem. The firm’s investments include R&D and people — not just the techies capable of developing solutions like Blockchain Analyzer and the rest but also the consultants who can explain the business value and the tax, audit and risk experts who can help clients understand the effects of blockchain on their enterprise. The tool sets, which may be the most underrated but critical aspect of EY’s approach, demonstrate EY goes beyond just hyping, advising and implementing others’ technologies and into developing its own solutions and putting the EY brand — trusted, humans at the center — behind those solutions. A yearslong effort, these tools, along with the people, institutional knowledge and stress-tested capabilities, cannot be easily replicated by competitors. In essence, EY brings consulting and trusted technology into a space littered with hype and opportunities.
We cannot help but repeat what we said one year ago: “But trust, along with translating government intentions to trackable compliance checks, will remain the last bastion of business value in an otherwise commoditized state of the technology industry as we will come to know it as more legacy players fall victim to creative destruction and Moore’s Law Economics. EY, and more specifically, Brody, has a more clear line of sight on how public blockchain networks will evolve on par with the way the public internet evolved than anyone in the technology industry today. It would be foolish to bet against them and wise to partner with them.”
TBR did note the seeming absence of at least one of EY’s traditional blockchain partners, indicating the firm’s maturity in this space may be outpacing previously strategic partners, a development TBR will watch closely over the remainder of 2022. After Brody’s opening, the next round of presentations and panels dove deeper into specific themes and challenges in the blockchain space. Everyone — academics, bitcoin bros, bankers and solarpunks — buys into Brody’s assertion that $1 in blockchain revenue today will be $36 to $40 in blockchain revenue in 15 years.

Smart contracts are proven use cases, helping EY scale up its blockchain portfolio

In addition to the morning plenary, TBR attended an afternoon session on testing the functionality of smart contracts on EY’s Blockchain Analyzer. The presentation and demonstration, led by Sam Davies, EY global blockchain platform lead and engineering manager, and Karin Flieswasser, product owner of EY Blockchain Analyzer: Smart Contract & Token Review, helped participants understand EY’s tools, beginning with the strategies and philosophies behind specific capabilities, restrictions and attributes. (Note: TBR has listened to countless product demonstrations and has rarely heard a description of the mindset going into improving a product and the very basic “why” a solution could and should be changed. This was a welcome change from the assumption everyone would know the thinking behind the technology.)
Over the course of the hour, Davies and Flieswasser demonstrated various permutations of a use case that undoubtedly resonates with administrators of smart contracts wondering, “How can I be sure this thing will work the right way?” Davies began the discussion by detailing a few smart contracts gone wrong, and Flieswasser then described how EY’s Blockchain Analyzer Smart Contract Testing and Review system could have forestalled those issues.
In recent years, blockchain clients (and potential adopters) have consistently told TBR that reluctance to adopting smart contracts begins with uncertainty about the human element, not the technology. With that in mind, two elements of Davies and Flieswasser’s presentation stood out for TBR. First, the tool itself appeared to be intuitive and user-friendly, with every option, drop-down, task and function self-explanatory — a welcome respite from the usual hyper-tech talk around blockchain. Considering people tasked with administering smart contracts may more likely reside in procurement, supply chain management or even human resources, keeping the tech simple to use will likely accelerate adoption. Second, all of the testing and review perfectly mimic on-chain realities without actually using, compromising or changing any on-chain data.
While that should be an obvious characteristic, Flieswasser repeatedly emphasized the point — and took clarifying questions on it — leading TBR to believe this feature figures prominently in the risk management concerns of enterprise smart contract administrators. Lastly, the two presenters themselves, hailing from the U.K. and Israel, reinforced the global nature of EY’s blockchain Practice, and during a post-session discussion, Flieswasser noted the Blockchain Analyzer team is relatively small and geographically diverse. In TBR’s view, smart contracts can be a readily understood blockchain use case and may be one of the quiet catalysts for enterprise ecosystems’ blockchain adoption. Making smart contracts less risky by deploying easy-to-use test and review systems will likely be a critical element to accelerating adoption.

Crypto’s hope and hype are dashed by the history of money, bolstering EY’s role as the community shepherd

In-person events provide opportunities to gather insights and information not shared on a screen or on the plenary stage. Perhaps the two-year absence from being live in New York City helped make the participants more eager to talk. From conversations with blockchain entrepreneurs, crypto-enthusiasts and EY professionals, TBR heard two common themes.
First, the skepticism around cryptocurrencies has not been skeptical enough for what is out there and what is coming. The current split on crypto falls along the lines of regulation versus total anonymity, with regulated, stable currencies having greater potential than the unregulated coins that have roiled capital markets of late. Further, bad actors, present in any ecosystem, would be shaken out if governments regulate the new instruments (history as prologue), provided total anonymity does not win out.
Second, enterprises and the blockchain providers servicing them increasingly see smart contracts as the use case most likely to scale and accelerate blockchain adoption across the enterprise ecosystem. A final nugget specific to EY made the (persuasive) argument that EY’s most successful blockchain-related engagements to date reside in the firm’s Tax and Risk practices. In TBR’s view, the fact that EY is doubling its R&D spend in blockchain yet earning the most blockchain-related revenue in its legacy practices may be the most compelling evidence of the firm’s all-in bet on blockchain.

Instantaneous interconnectivity: Inside the Department of Defense’s ambitious... 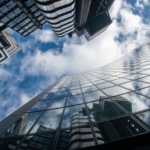 One of tech’s largest acquisitions will place VMware as strategic and financial...
Scroll to top