You are here: Home1 / The Blog2 / Special Reports3 / Lockheed Martin forced to abandon $4.4B acquisition 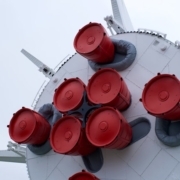 In December 2020 Lockheed Martin announced it had entered into a definitive agreement with AR to acquire the missile and rocket propulsion innovator. With this proposed purchase, Lockheed Martin indirectly revealed its plans to disrupt the market dominance Northrop Grumman (NYSE: NOC) has enjoyed since 2018 when it purchased renowned rocket booster manufacturer Orbital ATK. Lockheed Martin hoped that its acquisition of AR would follow a similar trajectory as Northrop Grumman’s purchase of Orbital ATK, where the FTC would approve the acquisition so long as Lockheed Martin followed FTC stipulations, such as refusing to discriminate access to its missile system products and services to competing contractors.

With the world’s largest defense contractor planning to dedicate significant resources to acquire AR, Lockheed Martin expected the FTC to approve its acquisition as the combination of Lockheed Martin and AR would be a stronger competitor against Northrop Grumman, giving the U.S. government an additional option when selecting contractors. Expecting approval in 1Q22, Lockheed Martin forecasted its FY22 based on gaining an expanded propulsion systems and rocket engines portfolio and priority access to AR resources during the ongoing supply chain chaos seen in all industries.

After a year of setbacks, the FTC intervenes with Lockheed Martin’s proposed acquisition

In July 2021 Senator Elizabeth Warren petitioned the FTC to probe the acquisition. Despite a bipartisan appeal to the Pentagon by a group of 13 U.S. Congress members in support of the merger in August 2021 and rumors circling that the Pentagon was in favor of the deal, the FTC voted 4-0 in January 2022 to file a lawsuit impeding Lockheed Martin’s $4.4 billion acquisition.

After initially postponing the vote, the FTC finally argued that Lockheed Martin would damage the national defense market and its rivals by acquiring the United States’ only independent provider of essential missile inputs. By reducing industry competition, Lockheed Martin would be able to relax innovation efforts and not be as competitive with its pricing, which could result in higher prices for the government. The acquisition would also potentially limit rivals access to resources and provide Lockheed Martin with unfair insight into their confidential information as AR operated as a subcontractor for many of them in the market.

Rather than face an arduous administrative trial against the U.S. government in mid-June, Lockheed Martin opted to simply abandon its acquisition plans. 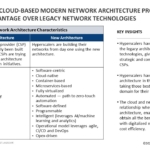 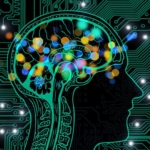 Atos future-proofs compute ahead of Great Acceleration
Scroll to top