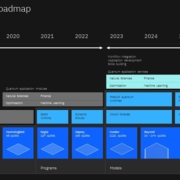 Reminiscent of Intel’s tick-tock development cycle, where the “tick” represented a new chip design and the “tock” represented software optimizations, IBM now has sufficiently stable quantum componentry within the systems to begin working on the next evolutionary step, which is the creation of dynamic circuits within the next two years. As IBM has  decided to build off existing, classical programming languages, Python is at the core of IBM Quantum’s software strategy. This provides IBM with access to about 8 million existing classical computing Python coders, who need minimal quantum-specific training to pivot into this new world of computing.

A key pillar of IBM’s quantum road map and a game-changer in scalability and speed to insight is the development of dynamic circuits, which IBM has listed as a 2022 goal on its road map. Dynamic circuits will enable quantum computation to more closely mimic classical computation in that if/then statements will become possible on quantum computing. Without dynamic circuits, quantum algorithms cannot pivot midway through a process. Therefore, one must run an algorithm through completion, analyze that data and then run another circuit based on insights gained halfway through the process. Dynamic circuits enable an algorithm to measure a qubit’s state — a 0 or a 1 — at a predetermined point in the process and react accordingly, reducing the need to rerun algorithms and reducing the time to insight as well as the volume of qubits consumed.

Market overview: IBM’s five-year quantum road map comprises developments across the entire quantum infrastructure stack, including hardware, software, services, ecosystem and use-case-specific goals. General focus areas include an emphasis on application modules through 2022 and on application services from 2023 to 2025. Underpinning these broad goals is the systematic development of hardware, software and services capabilities, much of which hinges on a quantum ecosystem IBM has invested in and built, the foundation of which is Qiskit and the IBM Quantum Network. Developing cloud-based solutions is a theme of quantum developments, as COVID-19 has both highlighted and accelerated the need and desire by customers to consume compute capabilities via the cloud.