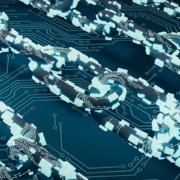 EY’s Asia-Pacific Blockchain Summit started with the firm’s Global Blockchain leader, Paul Brody, making three clear points. First, EY is committed to China and to the region, seeing huge potential for blockchain growth. Second, EY is committed to public blockchain as the long-term solution for most business and governments. Third, Brody’s concept of blockchain as the bridge between enterprises — as the tool to tackle the previously uncrossable chasm between different enterprises’ data and business processes — remains a driving force behind how EY sees the future of blockchain, in Asia and the rest of the world.

TBR’s December 2020 special report EY 2021: Hybrid and omnipresent discussed these latter two points: “Public blockchain, in Brody’s words, ‘will do for networks of enterprises and business ecosystems what ERP did for the single company.’ Brody added that conducting B2B [business-to-business] transactions over a public blockchain increases transparency and compliance with commercial terms.” The February event carried that discussion further, and specifically into Asia.

EY and public blockchain in China

Brody outlined a few major developments for EY in China, with all his comments reinforced by the subsequent panel speakers and EY professionals who provided additional color, both for the China-specific elements and developments impacting the entire region. In short:

In addition, Brody touched on the opportunity blockchain presents in Asia, highlighting China and the Chinese market’s emphasis on digital payments as a precursor to blockchain adoption as well as a robust startup scene. He also highlighted three sectors where EY has been “making exceptionally large” investments: financial services, supply chain and the public sector, which underscored one of Brody’s main points around the importance of public blockchain as the core, foundational building block. He noted that “money and stuff are tokens … contracts are a mix of legal agreements and business processes,” so all business could be conducted on the public blockchain, which is EY’s focus on enterprise solutions.

On Feb. 2, EY hosted an Asia-Pacific Blockchain Summit, a virtual event run by the EY Blockchain practice based in Singapore that included EY professionals and clients, startup executives, and industry experts who are primarily, but not exclusively, based in Asia. The three-hour event included a keynote from EY Global Blockchain Leader Paul Brody, a blockchain solution demonstration, and panel discussions covering the technology, including the challenges and opportunities associated with blockchain and the broader emerging technology space. The following is TBR’s commentary on noteworthy announcements and participants’ assertions made during the event as well as EY’s overall blockchain strategy. 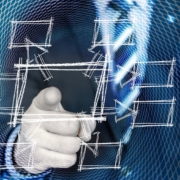 Revving the engine in Stuttgart: Accenture in the heart of the German auto zone 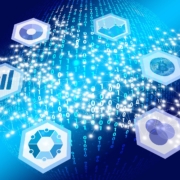 With post-pandemic world in sight, 6 IT services, digital transformation and consulting trends emerge 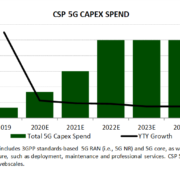 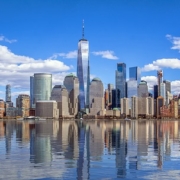 Playing to its strengths, Infosys has a clear path forward to deliver business outcomes through Infosys Cobalt

Cultural readiness and technology savvy: Another view of Egypt’s IT outsourcing ecosystem

Women in STEM: EY’s Kris Lovejoy on the importance of mentorship
Scroll to top