You are here: Home1 / The Blog2 / Special Reports3 / Atos will gain scale it seeks in the U.S. with planned DXC Technology ... 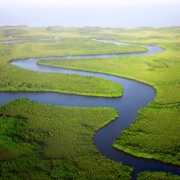 France-based IT services giant Atos confirmed on Jan. 7 rumors regarding a “friendly transaction” with DXC Technology (NYSE: DXC), which could result in the second-largest global IT services vendor, closer to the size of Accenture (NYSE: ACN) ($45 billion revenue in 2020) and larger than Tata Consultancy Services ($22 billion revenue estimated in 2020) and IBM Services (NYSE: IBM) after the Global Technology Services spin-off at the end of 2021 ($23 billion annual revenue after the spin-off).

What is in it for Atos? Scale, and more scale

From a portfolio diversification perspective, though, acquiring DXC Technology is not the best choice, in TBR’s opinion, as Atos’ scale would increase in managed infrastructure services, an area in which it is already well-established. However, Atos would gain DXC Technology’s security services and solutions capabilities and add approximately 3,000 people to its more than 5,000 security professionals. Additionally, Atos would gain scale in digital security, an area of strategic expansion as Atos aims to increase its revenues in this segment from €0.7 billion (or $0.9 billion) in 2019 to €2.1 billion (or $2.6 billion) over the midterm.

Despite the recent challenging market environment, Atos has been on an acquisition spree, using its remaining free cash flow after dividend payments to make bolt-on transactions. Since the beginning of 2020, Atos has announced nine acquisitions in four expansion segments: cloud, digital, security and decarbonization. With DXC Technology, Atos’ global service delivery capabilities would also expand and the company would reach a combined low-cost resource leverage of approximately 53%, compared to 46% for Atos alone.

If Atos acquires DXC Technology, three years of failed attempts by DXC Technology to turn around eroding revenues and thinning profitability would be forgiven. DXC Technology leadership would see a cash-out payday, while remaining assets (people and capabilities) would move to a more stable corporate environment with a long-term view and objective, something Atos is strong at setting up and following through on.