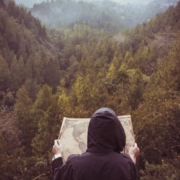 Cryptocurrency for trading: Speculation or disruption?

A recent article in the Economist has triggered a new round of questions about cryptocurrency in general and bitcoin very specifically. This comes on the heels of the EY Global Blockchain Summit where more detailed parsing out of the specifics around decentralized finance, or DeFi, brings greater clarity to the scope of the disruption bearing down on legacy capital markets and government policy objectives.

A prevailing view at TBR is that cryptocurrency trading values are simply too volatile at this time to compel large enterprises to agree to trade in those currencies. Quarterly discussions of the impact of foreign exchange rate fluctuations on the year-to-year results suggest a very limited appetite for conducting commerce in widely varying cryptocurrencies. As such, TBR believes that at least in the early developments fiat currencies will prevail.

The Economist article posited another point of view worthy of consideration, and that is for cryptocurrency to be a wealth storage. Citing Nobel Prize-winning economist and game theorist Thomas Schelling, the article posits that the center of gravity forming around cryptocurrency means bitcoin could become a global wealth store against economic turbulence in much the same way the movement between stocks and precious metals have been used as a safe harbor hedge.

Gold, it is argued, has value because enough people tacitly agree that gold bars do, indeed, have value and therefore it is a wealth store as a hedge against inflation. This wealth store comes, essentially, from the group consensus that it is so.

Today bitcoin has natural value as a wealth store due to its scarcity and fame. In this way it is a natural hedge against inflation. The article further cites J.P. Morgan’s tracking of the uptick in exchange-traded funds (ETFs) investing in gold that took place as the recent bitcoin price roiling saw it drop from $58,000 a coin to $33,000 a coin in a matter of weeks.

Few people transact commerce by shipping and receiving gold bars, and few people transact business in bitcoin. Gold has maintained relevance as an investment vehicle due to the group consensus of its value as represented by gold bars. Oftentimes the gold bars are not even in the physical possession of their owners. There is something tangible there in the form of the bar itself. But that tangible, physical asset really feels like the only distinction in the analogy.

TBR can envision capital markets with various grade ratings for different cryptocurrencies. It is known that certain banks and major credit card brands ponder creating their own coins. We can envision buying networks growing that coalesce around specific social objectives likewise forming as the group consensus mechanism around enterprises working to reduce greenhouse gas emissions or to seek social justice spring up with the digitally born as they enter their earning years.

In this scenario the flow of wealth from bitcoin into gold or vice versa could be viewed as the overarching predictive indicator of the rate, pace and citizen comfort level with our pivot into a full- fledged digital economy. Ransomware attacks spike and money flows to gold, for example. New high-growth digital businesses proliferate with more crypto trading provisions and more money flocks back into bitcoin as a wealth store.

It’s definitely a concept for the outside edge of the Three Horizons model and likely on very few people’s radar, but the article posits a very compelling argument for bitcoin as a wealth store more so than as a trading currency about to revolutionize commercial payments as we know it.

So what do you think? Will bitcoin become the next gold?

EY maintains track record of accurately forecasting and then delivering on the...