You are here: Home1 / The Blog2 / Special Reports3 / ServiceNow takes a platform approach amid plans to emerge as the standard...

Defining reputation as a platform company

While many customers are poised to increasingly adopt best-of-breed solutions for diverse use cases, ServiceNow’s roots as a platform company allow the vendor to sidestep many traditional SaaS competitors and lead with a best-of-suite approach. The Now Platform — dubbed by CEO Bill McDermott as the “platform of all platforms” — is the driving force behind ServiceNow’s workflow narrative, as it is where all products are built and serves as a foundation for ServiceNow to stitch together its IT, employee, customer and creator workflows for lines of business and C-Suite clients.

The way companies operate is hybrid in nature, with multiple departments running different systems, and rather than directly competing with ERP or CRM systems, ServiceNow is helping enable these applications through an integrated, vendor-neutral approach, which TBR views as increasingly imperative in today’s technology landscape. ServiceNow’s revenue profile is also receptive to this approach, as roughly 80% of new business for the company stems from existing customers, paving the way for ServiceNow to scale to $10 billion and beyond in annual revenues.

Following the intelligent automation capabilities unveiled as part of the Orlando release in 1Q20 and the subsequent appointment of Vijay Narayanan to the newly created role of chief AI officer, ServiceNow’s plans to lead with AI are not unexpected. However, as the Now Platform continues to be positioned as the core product that enables workflow delivery, ServiceNow’s AI vision is evolving to deliver greater time-to-value and ROI for AI customers. To achieve this, ServiceNow has been leading with M&A to build on the existing capabilities of the Now Platform, including incidents, agents, documents and cases, among others. For example, in January ServiceNow expanded its foray into AIOps with the acquisition of Israel-based Loom Systems, which was a strategic callout in many event presentations, due to Loom Systems’ IT Service Management (ITSM) solution that relies on AIOps to predict and monitor IT incidents.

TBR believes ServiceNow will utilize Loom Systems’ expertise in AIOps technology as an interim step in helping customers transition to DevOps and agile methods and help bridge gaps between development and operations teams across departments. Additionally, in the AIOps market, ServiceNow is working with IBM (NYSE: IBM) to help customers preemptively identify incidents and initiate a faster response. While Loom Systems’ tool is already integrated as a previous partner into ITSM and IT Operations Management (ITOM), ServiceNow announced plans to re-platform this technology into the Now Platform with the Quebec release in March 2021, underscoring ServiceNow’s strategy of bringing all major innovations back into its foundational platform and increasing customer adoption.

TBR believes the next step beyond empowering AIOps will be broad-based automation and optimization, as ServiceNow unveiled new process automation offerings in the Paris release, including Process Automation Designer, which will be generally available in the Quebec release, and various playbooks that are now available across the Now Platform. As a feature of the Now Platform, Process Automation Designer automates cross-functional processes and provides managers with a customizable user interface. Meanwhile, administrators now have the option of selecting from no-code playbooks with Playbook Experience to provide agents with insight into their workflows, powered through Process Automation Designer. Future tuck-in acquisitions in the area of process automation cannot be ruled out as ServiceNow looks to continues to strengthen its foundational play.

ServiceNow Digital Analyst Summit: In between reporting another strong earnings quarter in 3Q20 and releasing the Now Platform Paris, ServiceNow (NYSE: NOW) hosted a virtual industry analyst event, which included two days of breakout sessions, one-on-one discussions with company leadership, and product demonstrations. Key highlights included the company’s product strategy, which continues to underscore the importance of the Now Platform; how ServiceNow is redefining its go-to-market engine through partnerships and industry solutions; and the refinement of the company’s cloud strategy. 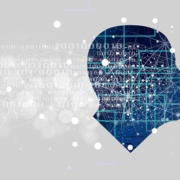 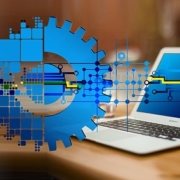 CompuCom and the 4 dimensions of employee experience

COVID-19 pushes automation to the forefront of business strategies

Hybrid engagements will become necessary and valuable in 2021