You are here: Home1 / The Blog2 / Special Reports3 / Peering over the edge with 5G

Edge and 5G computing working together: It just makes sense

5G and the edge exemplify the ‘co-influenced’ trend

The afternoon opened with an exercise whereby small groups were asked to define the relationship between the edge and 5G. The somewhat laborious attempt to define the edge in the context of 5G (or vice versa) exemplified the fact that technology is developing so rapidly, the terminology to define it does not exist yet. While the communal search for a word could have dragged on for the better part of the afternoon, the group, pressed for time, settled on the term “co-influence.”

These small group breakouts led to lively discussion, and provided insight around how co-dependency does not exist between the edge and 5G as well as how there are no hard-and-fast rules as to which precedes the other and/or which is the greater influencer. Edge technology, while not a spotlight stealer, was cast in a leading role at a conference that in previous years was solely dedicated to 5G. After a morning of 5G transport immersion, the afternoon sessions highlighted that the industry is recognizing that both technologies already have a symbiotic relationship no matter what definition is used.

5G and connecting the world via the edge

Despite the excitement about what the future holds with 5G, there is widespread acknowledgement that the technology is still extremely new and that there are very few use cases highlighting extensive deployment success and in only a few highly controlled markets. Indeed, many of the event’s examples spoke to the potential of 5G and showed fascinating benefits, but within controlled testing environments.

Outside the lab, potential exists for edge to help 5G scale massively as billions of devices will be connected and widely distributed worldwide by the end of 2019. While a fraction of devices are as ubiquitous smartphones, the rest will consist of connected wearables, drones and sensors on just about every wearable or implantable imaginable. The proliferation of edge computing provides an increased network of diverse devices, enabling a means to process, filter and protect data locally, which, in turn, plays a key role in enhancing the value of 5G networks.

On Oct. 10, over 200 5G transport industry professionals gathered in New York for a day packed with presentations and discussions around the deployment of advanced 5G transport networks as well as the integration of edge cloud infrastructures and services. The event, hosted by Light Reading, brought together industry thought leaders from Verizon, Juniper Networks, Corero, ZenFi, MetTel, Ericsson and Fujitsu, among others, who led discussions on a range of topics covering edge concepts, mobile connectivity solutions, and technology structure, architecture and design. While 5G transport was the overarching topic, discussion around the edge factored heavily into the event. For the first time in the history of the 5G transport conference, one of the two afternoon tracks was dedicated to the relevance and importance of edge technology as it relates to 5G. 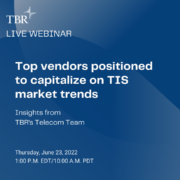 5G network investment will push Capex for NFV and SDN

CSP 5G revenue will be ‘minimal’ in short-term
0 replies

Ecosystems and trust: What KPMG brings to blockchain Digital transformation in 2020: How hype gets scale and substance
Scroll to top