You are here: Home1 / The Blog2 / Special Reports3 / Digital twins and 5G abundance: The continuation of the Atos smart cities... 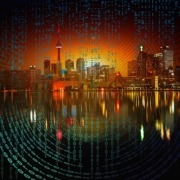 Earlier this month, TBR reconnected with Albert Seubers, Atos’ global strategy director for Smart Society, to discuss developments in the smart city space broadly and Atos’ efforts specifically. TBR has examined smart cities from a variety of perspectives in recent years, including how smaller versions of cities, such as ports and arenas, could serve as test beds for the technologies and services needed to overcome the regulatory, change management and political challenges foundational to most smart city opportunities. The following reflects TBR’s discussion with Seubers as well as ongoing research around smart cities, digital transformation and Atos.

In TBR’s view, as the ecosystems around emerging technologies foster increased adoption by enterprises and create scalable use cases, municipalities can more easily understand the potential for smart city projects. The technology gets faster, cheaper, more reliable and more connected, all of which opens possibilities for more technologies.

Understanding that the exponential acceleration of connections between IoT, edge, analytics and AI, made possible through wider cloud and 5G adoption, has expanded the technological possibilities of smart city projects, Atos and other IT services can now position smart city engagements as relatively safe investments. The technology will work as expected, with the necessary connectivity sustained and the analytics providing useful information for decision making.

As TBR has previously noted, technology limitations do not hold back smart city use cases; political will and budgets do. Atos’ approach to tackling the technology challenges while managing the people — politicians, regulators, citizens — reflects this understanding and leans on Atos’ long-standing reputation for consistently delivering against the needs of clients, including municipalities, first responders and other actors within a smart city environment.

Digital twins will be the next 5G as 5G becomes ubiquitous

According to Seubers, digital twins have emerged as the latest hot topic within the smart cities ecosystem, particularly in the U.S. Seubers described digital twin-enabled solutions designed to forecast traffic models and emissions, using a digital representation of the city to include elements such as air quality and sound-related stress. Turning to 5G, Seubers commented on the disparities in adoption across the globe.

Many cities in Asia and some in the Middle East, Seubers said, have already rolled out 5G, although reliability has varied considerably. Europe broadly remains in a transitory state, with very few examples of citywide 5G coverage and usage. “It’s the promise,” Seubers said, but to date no cities have successfully deployed at scale, with data and privacy still very much country-to-country issues, further complicating any broad adoption across the region. The U.S. lags.

As for the benefits of 5G to smart city opportunities, Seubers lamented that too many municipal leaders invest in 5G rollouts and “expect change will happen,” without fully understanding the potential use cases, challenges and changes that will arise once 5G is in place and in use. That uncertainty around potential failures and fears of misspent public funds, of course, provides an opportunity for Atos.

Critically, data remains the linchpin for every smart city application. Atos’ experience with collecting, cleansing, orchestrating, analyzing and protecting data provides the vendor with the trusted expertise municipalities demand for any smart cities project. City leaders, who are confident that a smart city deployment will provide citizens with added value and not compromise citizens’ data — better government without Big Brother — will advocate for, budget for and defend their initiatives while looking to their smart city vendors to provide those assurances. The technology, all parties will agree, is not the challenge — it is the data and the people.

Tackling bite-sized projects to avoid having too many cooks

Addressing the second half of the smart cities challenge — the people — Seubers said Atos has learned through experience that having too many decision makers unnecessarily complicates priorities, timelines and adoption. Change management becomes unruly and even the technology ecosystem can become overburdened with niche players supported, politically, by a variety of municipal stakeholders.

Atos’ proven approach centers on specific departments within a city, delivering results on a small scale and demonstrating value to the wider municipality. One key to success, according to Seubers and common to nearly every digital transformation effort: executive-level commitment. Helping gain leadership buy-in, Seubers explained Atos has been using its global network of Business Technology & Innovation Centers (BTICs) for “inspiration sessions” to help municipal leaders think beyond a single problem and beyond a single technology solution. Due to travel restrictions in recent years, the BTIC Studio network has proven to be a great asset for driving online inspiration sessions, working with different BTICs in parallel during customer meetings.

As an example, he cited a session in Atos’ Vienna BTIC in which five major Polish municipalities will discuss a range of smart city projects, examining both proven use cases around Europe and solutions particularly well suited to Poland, including data privacy laws, technology infrastructure, and federal and municipal funding structures.

In TBR’s view, Atos’ strategy depends on determining where small-scale projects can be launched, delivering quick success and then expanding methodically throughout a municipality’s broader smart city landscape. This creates minimal initial budgetary commitments, provides leaders time to gain citizen buy-in and allows Atos the flexibility in proposing specific solutions, in contrast to a cookie-cutter, one-size-fits-all-cities, technology-first approach. Atos also recognizes that smart cities can only succeed when the human components — leaders, technology professionals and citizens — benefit in meaningful and measurable ways.

Next for Atos: Expanding where the opportunities are, delivering technology

If abundant 5G and advances around digital twin technology spark a resurgence in smart cities, TBR anticipates Atos will continue to turn inspiration sessions into small-scale implementations across Europe and in some select cities outside the vendor’s home region. [Tweet this!]

Asian and Middle Eastern municipalities may become an increasingly lucrative market as well, as the combination of rapid 5G deployment, typically fewer decision makers, and newer technology infrastructure in those regions matches well with Atos’ capabilities and approach. Expanding in APAC through smart cities could be a faster route to growth for Atos than options elsewhere outside Europe. In addition, TBR anticipates Atos will increasingly conflate sustainability and smart cities offerings, building on the core value proposition that smart cities can be part of a municipality’s and country’s decarbonization strategy.

One final note: Atos is unabashedly a science-driven company among IT services peers that often emphasize consulting, outsourcing or both. As much as smart city projects depend on advising leaders and managing stakeholders, citizens will always want to know one thing for certain: Does the technology work? On this point, Atos’ track record of getting the science, technology and data right gives the vendor a quietly strong market position should a spike in smart cities demand emerge in the near term. 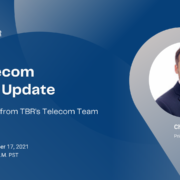 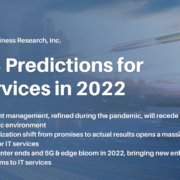 Top 3 Predictions for IT Services in 2022

Not just rocket science: Hypersonic missiles and the U.S. 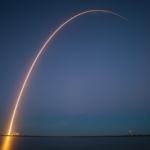 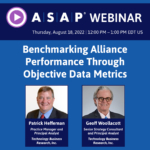