You are here: Home1 / The Blog2 / Special Reports3 / Digital transformation, cybersecurity and cryptocurrency: How the war in... 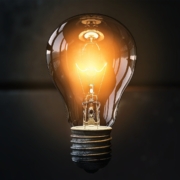 The war in Ukraine and ICT vendors: 3 coming challenges in a changed world

Less than two weeks into Russia’s invasion of Ukraine, TBR’s assessment of the effects on the ICT market remains necessarily constrained. The majority of the largest ICT vendors TBR covers do not have tremendous local market and/or client exposure to Russia or Ukraine, so the impact of the war on ICT companies, if the conflict remains limited to those two countries, will be marginal — not insignificant, but marginal — with some exceptions, such as Ericsson (Nasdaq: ERIC), Nokia (NYSE: NOK) and SAP (NYSE: SAP). Longer term, absent either a miraculously positive or an existentially negative development (peace blooms or mushroom clouds), TBR expects the pressures detailed below will force IT services, cloud and software, data center and infrastructure, and telecom vendors to adjust their strategies and their business models.

Already stressed supply chains will experience additional sand in the gears, slowing down deliveries of essential hardware and delaying build-outs of data centers, enterprises’ IT infrastructures, and even the physical towers needed for telecommunications. While IT services vendors and consultancies have sold digital transformation (DT) as a method of addressing business problems through agile application of emerging technologies, enterprises and their technology suppliers need the actual physical components to make the “digital” part of digital transformation work. A slowdown in hardware availability will convert into a slowdown in enabled applications and soon everything around DT will become slower and more expensive.

In this DT winter, consultancies advising on supply chain issues and global systems integrators (GSIs) and their technology partners enabling hybrid cloud while bolstering on-premises enhancements will flourish. Chip manufacturing investors will receive government backing and may find technology vendors across the entire ecosystem willing to make long-term commitments to mitigate the risks they are facing now. In a reversal of fortune from the last few years in IT, third-party maintenance specialists — the very boring techies who are keeping the old systems running while the young geeks play with AI and the metaverse — may see a boom as a constrained chip supply and slowed digital transformations make keeping the current technology operational increasingly important.

In every survey TBR has conducted around IT services and digital transformation, buyers have prioritized cybersecurity as a top three — and frequently No. 1 — concern. And yet, enterprises underinvest and remain vulnerable, humans fail to take precautions and fall prey to ransomware attacks and worse, and cybersecurity remains more talked about than acted upon. Russia’s invasion of Ukraine will change that. While pre-invasion predictions anticipated an aggressive Russian cyber campaign, the first week of fighting featured exclusively kinetic military action, with limited, negligible cyber strikes. Analysis conducted in the middle of combat rarely survives intact once the smoke clears, but TBR believes a couple of scenarios could account for Russia’s relative cyber silence. The most encouraging one is that Ukraine’s defenses worked. While NATO, particularly the U.S., shared near-real-time intelligence in the lead-up to the invasion as a means of applying diplomatic pressure and denying Putin a war narrative suited to Russia’s needs, the West and Ukraine would be less likely to share cybersecurity victories in the same way military successes have been touted and with the same divulgence of critical intelligence. A less-encouraging scenario would be that Russia is saving its cyber strikes for an anticipated second stage of the war, when the shooting slows and economic and political wills are tested. Cyberattacks that take critical energy infrastructure offline in Western Europe would be damaging now but would have a greater effect on NATO countries’ populations during a prolonged economic slowdown tied to a standoff in Ukraine. In either scenario, consultancies, GSIs and technology vendors providing cybersecurity services and infrastructure will benefit from renewed concentration in the C-suite on cyber risks, provided those vendors have invested in country-specific, locally sourced, certified talent. 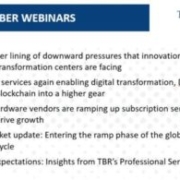 Data center builds and expansions, along with AI investments, will drive webscale ‘Super 7’ ICT capex to $69B by 2022

The state of cloud profitability has never been stronger

Traditional ports and quantum computing: The now and the future 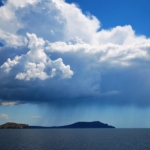 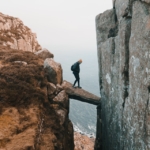