You are here: Home1 / The Blog2 / Special Reports3 / BFSI: An India-centric special scenario

Two up, two down

Four of the India-centric vendors share similar assessments of IT investments, predicting they will improve behind spend from larger-enterprise banking clients, with growth in digital implementations, mobility, and modernization of legacy IT infrastructures and applications portfolios. The divergence in performance in 2Q18 likely reflects one-time or short-term changes at large clients and not a strategic shift for any single vendor. From TBR’s quarterly analysis: 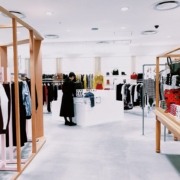