You are here: Home1 / The Blog2 / Special Reports3 / Accenture’s 3 I’s of the future: Integrated, innovative, impactful...

Accenture’s Jan. 13 announcement of plans to change its growth model from Operating Groups aligned to profit & loss (P&L) to a geo-centric alignment as of March 1 sent a clear message to the IT services market. Many peers look to Accenture as the go-to business and account management model, and this change, guided by recently appointed CEO Julie Sweet, aligns with the meaning behind the company’s name, “Accent on the Future,” to set the course for the ever evolving company’s operating model. As Accenture continues to go to market by industry and expand its global industry programs, doubling down on executing through integrated scale will further strengthen its market-making position. As Accenture describes it, “These changes are designed to help extend market leadership, drive significant value for all stakeholders and continue to deliver market-leading growth.”

Accenture’s changes have yet to take effect, but they are certainly raising the eyebrows of many of the company’s rival executives, especially as some would say, “Don’t fix what isn’t broken.” Ultimately, we do not believe much will change for Accenture, especially as it pertains to the company’s account management approach. It will certainly create a healthy dose of internal competition between the different regions. It will also likely result in a certain level of turnover, which rivals could take advantage of. But, the increased investments in industry development programs will continue to provide Accenture with the necessary expertise to speak to line-of-business buyers, as Accenture Innovative Architecture continues to stitch together all parties involved, comforting stakeholders that business continues as usual.

Doubling down on developing security-wrapped functional technology expertise, executed through Accenture Technology, will provide the backbone for long-tail “as a Service” opportunities both in the software and infrastructure layer as Accenture Operations, which will be led by 24-year Accenture veteran Manish Sharma, will stay strong providing managed services across business processes. Before the announcement, TBR estimated that Accenture would reach $50 billion in annual sales by 2021, up from $43 billion in 2019. We are keeping the estimate unchanged as Accenture is increasing the amount and scope of work it performs for its 200 Diamond Clients. The company has also become a household brand, shielding IT buyers in front of their boards adopting the “no one gets fired for hiring Accenture” mentality. Only time will tell how well Accenture does after all these changes, but the company certainly has time on its side for now.

For over a decade Accenture has been operating and reporting its financials under five Operating Groups, which accounted for over 40 industry verticals. While we expect the company to continue to provide most revenue information (e.g., industry verticals, “in the new” revenues) as it has been historically, beginning in FY3Q20 Accenture will reorient its primary operating segments toward reporting by Markets (e.g., geos), including North America, Europe and Growth Markets. The three markets are not new ground for the company, as it has been reporting these geo revenue splits for several years. However, within the new growth model they will serve as the beacons for Accenture’s future, enabling the company greater agility. The change will come from the way the P&L will roll up. This shift closely resembles the way the Big Four run their businesses, but Accenture remains a global management company with a single P&L rather than a union of country-aligned member firms. As a result, the consistency in deployment of Accenture’s shared services model supersedes those of Big Four firms that often struggle with who will pick up the bill when cross-country resources are utilized. Accenture also realigned its five businesses, Strategy, Consulting, Digital, Operations and Technology, into four services with the key changes including merging Strategy and Consulting and elevating Accenture Interactive (contact TBR for further discussion of Accenture Digital) as a key service similar to Accenture Operations, Accenture Technology and Accenture Strategy and Consulting. 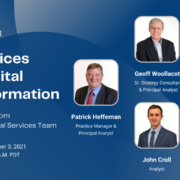 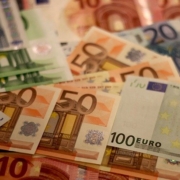 TBR 2020 Services Predictions: Everything is up for grabs
0 replies