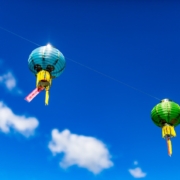 As Alibaba Cloud continues to prove itself as a relevant public cloud PaaS and IaaS challenger, Technology Business Research, Inc. (TBR) is launching a new report focused on the vendor to provide subscribers with ongoing insights into the business’ performance. As Alibaba’s cloud business progressively moves beyond the company’s traditional China and Southeast Asia presence to compete more directly with the leading public cloud PaaS and IaaS vendors TBR covers regularly, it has become relevant to include Alibaba Cloud in our vendor coverage.

Alibaba has proved its public cloud legitimacy by capitalizing on the highly restrictive cloud services market in China. With more than one-third of the top 500 Chinese companies as customers and two-thirds of China-based unicorn startups running on Alibaba Cloud services, the business has demonstrated that it has a broad appeal as it looks to translate local success to new geographies. Although Alibaba Cloud has successfully expanded from China to the broader Asia market, its transformation to a truly global provider faces greater barriers.

Western vendors dominate global public cloud mindshare and are adapting their strategies to specific geographic needs to rapidly expand their own international presence. As such, Alibaba Cloud has begun to innovate around regional needs and high-value artificial intelligence and Internet of Things cloud services to drive higher-margin and more differentiated workloads to its platform.

Alibaba aims to challenge more globally dominant public cloud vendors, such as Amazon Web Services (AWS), Microsoft Azure, IBM Cloud and Google Cloud, to cement its position among these leaders. In October 2017 Alibaba Cloud President Simon Hu claimed that the business was “on track” to overtake AWS as the global leader in cloud by 2019.

This is undoubtedly an exaggeration, as Alibaba’s cloud business only generated 8% the volume of revenue that still-growing AWS generated in 2017, but the statement affirms Alibaba’s commitment to scaling its cloud business. TBR estimates that Alibaba Cloud will not overtake AWS, but as shown in Figure 1, that it will grow fast enough to close the gap between itself and AWS and Microsoft. Amid global growth efforts, Alibaba’s dominance of the Chinese cloud market will remain a key driver of its overall performance.

It’s hard to grow up in IoT