Last December, EY Global Blockchain Leader Paul Brody recognized the breakout market for initial coin offerings (ICOs) and launched a longitudinal study, centered on class of 2017 companies that is fueled by this new way of raising money for software startups. One year later, as detailed in EY’s report published today, market valuations for the top 10 ICOs were off 55% — abysmal performance by any standard. Buried in the bad news for almost all the companies, one can find a few bits of success, particularly with companies providing blockchain infrastructure. The incredibly poor performance around incubation makes a strong case, to use a “Deadwood” metaphor, that snake oil salesmen made up most of those 2017ers. As this year comes to a close, around one-quarter of the initial ICO-backed companies have a product in the market, further evidence the breakout included a number of outright frauds. In addition, of the 25 companies that had products, seven devalued the use of utility tokens by allowing payment in fiat currency, facing up to enterprises’ persistent reluctance to conduct business transactions in anything but hard currencies. Curiously, paying in tokens, according to Brody in a discussion with TBR prior to today’s announcement, came across as only the second-biggest obstacle to commercial adoption, with the first being the desire for transaction privacy — a desire pure public blockchains cannot satisfy. In EY’s previous report on ICOs, issued last December, the firm anticipated the third-greatest objection, concerns over full regulatory compliance, an insight that tracks closely with EY’s tax and audit credentials.

Will next year be better? The blockchain infrastructure companies will likely be surpassed by a second wave of ICO-funded companies, with most of these taking an asset-backed approach to token issuance, essentially creating a product that is enterprise-ready at a time when buyers are not convinced of the benefits of placing all their assets on the public blockchain domain. This then raises the question: Do new wave ICO-funded companies need to rip pages from Ethereum’s playbook or simply play within its orbit? Ethereum is not a one-size-fits-all solution, but it certainly provides a solid foundation for many to learn from, especially around its “smart” contact functionality. Further advancing along some of the must-do steps EY pointed out in its December 2017 report, this second wave will more adequately address the need for clear justifications for blockchains and tokens; an ICO process more closely aligned to the initial public offering (IPO) process; enhanced security; and something close to legal compliance, or the regulators will simply begin enforcement substantial enforcement. In short, privacy trumps transactability.

The regulatory aspect piques my interest, in part because of the know-your-customer (KYC) aspects of post-ICO-linked financial transactions and recent efforts of EY, among others, to better incorporate emerging technologies into anti-money-laundering and KYC operations.

In this wild west, with its unregulated moral hazard, where does EY fit in?

My initial thoughts had the consultancy as the “Deadwood” preacher, known to all and trusted, but neither the law nor the bank. My colleagues convinced me EY will be more like the General Store, providing certified, trustworthy services and goods, helping clients mine for gold without shortcuts and faulty equipment that bring down the whole operation. Now imagine artificial-intelligence-enhanced, blockchain-powered resupply brought into Deadwood. 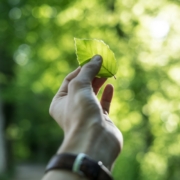 In a day of personal stories, EY showcases the results of corporate commitment to talent recruiting

Ecosystems and trust: What KPMG brings to blockchain

North America incumbents be aware: Atos is ready to fight