You are here: Home1 / The Blog2 / Blog3 / Demand pull and cost push: Two sides of the inflation coin 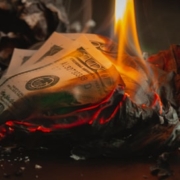 A nonfactor for decades, inflation is now parsed into demand pull and cost push

Pricing analysts across the tech industry will have to take a new look at the mix of inflationary pressures, sort those pressures by cost push and demand pull, and adjust their own business muscle memory for both short- and long-term instability stemming from rising energy costs, destabilized supply chains and increased component demand.

To excel at textbook economic analysis, you are told to look at one variable, “all other being equal,” or ceteris paribus. But the real world never works that way. The real world becomes particularly alarming for economists when their textbook explanations are not borne out by what is happening.

Such a situation occurred in the late 1970s. Inflation (and unemployment) increased from 7.5% to 10.4% from Jimmy Carter’s presidency to Ronald Reagan’s presidency, and then chair of the U.S. Federal Reserve Paul Volcker began raising interest rates to choke off inflation. The term “stagflation” was coined to explain the inexplicable. As we seek to understand inflation today, we have a better parsing of the multiple factors that can drive inflation.

Demand pull inflation is classic 20th century thinking. It loosely corresponds to “too many dollars chasing too few goods.” Traditional Keynesian economic thinking asserts that this situation means the economy is overheating. It asserts the solution is for central banks to raise interest rates to slow demand and bring it in line with current supply. Low unemployment is expected to be a compatible condition to this kind of economic overheating, and with the slowdown, labor market pressure will likewise abate.

Cost push drove the high inflationary cycle of the 1970s. Oil price shocks, driven by OPEC production decisions, triggered choke points across the entire economy. Companies had little recourse but to pass along price increases, or to “push” the costs onto the consumers at a time when unemployment was high.

The current blend of demand pull and cost push

Today demand pull influences are seen more on the consumer side, with record-high savings during the pandemic shutdown, plus consumer purchases and housing prices spiking due to various government relief payments. Similarly, unemployment remains low, and certain skilled positions, especially acute in the tech sector, remain hard to fill.

Textbook moves to raise interest rates to slow the economy are being deployed to cool this economic overheating. Whether it results in a soft or hard landing of the economy on more stable ground remains open to, at times, contentious debate, given cost push inflation is also rampant.

Cost push is readily apparent in any purchases of basic staples. Energy and food are about as basic as it gets, and there are no simple solutions to those issues. Energy is a heavily regulated industry, with public support for moving away from fossil fuels mounting, especially among younger individuals. Food prices are being hit by both the energy cost increases and the supply chain disruptions resulting from the conflict in Ukraine. Neither fuel nor food disruptions are likely to abate soon, and the food issues around wheat and the attendant products manufactured from wheat are likely to worsen before they improve.

If that news is not dire enough, energy supply chain constraints do not appear to be a short-term blip on the way to resuming normal productive capacity. A Grid News article lays out in great detail the supply chain constraints — rising demand, conversion of refinery capacity to renewable diesel, and shuttering of older domestic refinery capacity during the pandemic —impacting the refinery segment.

Further, expansion of U.S. refinery capacity is unlikely given regulatory and environmental risk, as well as a fundamental shift in financial outlook. The article expects gas prices to rise over the summer, which is a normal occurrence, but the article is not optimistic about an increase in refining capacity in the U.S. due to cost, environmental regulation, and long-term industry outlook as public sentiment grows for green alternatives.

What does this mean for the technology industry?

Within the tech sector multiple inflationary influences apply pressure. Rising energy costs will often be remediated with temporary surcharges. Amazon indicated in the company’s last earnings call that it was considering such measures. This surcharge can work for finished goods; however, component shortages triggering demand pull inflationary pressures similarly have a blend of cost considerations.

Some cost spikes will work themselves out as supply chains react to pandemic-induced disruptions. Other cost spikes will persist until productive capacity increases, given how many more finished goods outside of the technology space itself consume embedded components in smart devices.

For infrastructure manufacturers, this means year-to-year price declines in the “faster, better, cheaper” trendline, predicated on Moore’s law for decades, should at least temporarily flatten out. TBR analysis of the silicon shortages suggests these challenges will be ameliorated in the next two to three fiscal quarters.

The other pressure and risk consideration will be the impact on long-term pricing agreements for managed services and “as a Service” subscriptions. A backlog of recurring revenue priced with lower inflation forecasts will likely apply margin pressure to developing “as a Service” revenue streams of pure play companies and independent operating units within multiline businesses. Pricing adjustments may be baked into new agreements and renewals moving forward, but the runoff of booked contractual commitments could impact profit margins. Noncurrent bookings will be a telling indicator.

Services firms basing project fees on billable hours should be reasonably well insulated given hourly rates can change in real time to adjust for rising labor and fringe expenses.

As stated, pricing analysts will have to take a new look at the mix of inflationary pressures, sort those pressures by cost push and demand pull, and adjust their own business muscle memory for both short- and long-term instability rising energy costs, destabilized supply chains, and increased component demand brings to bear on their respective market segments and the monitoring of their commercial offers. 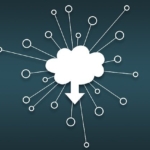 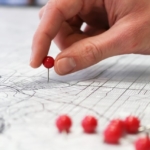 Lenovo ISG is building the road map to become a market-leading infrastructure...
Scroll to top