You are here: Home1 / The Blog2 / Special Reports3 / VMware’s Chapter 3 outline hinges on a more comprehensive portfolio and m... 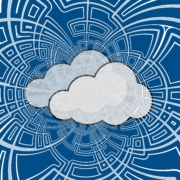 With the looming separation from Dell Technologies (NYSE: DELL) and departure of long-trusted CEO Pat Gelsinger, 2021 has undoubtedly been a turbulent year for VMware (NYSE: VMW). Since effectively taking over as CEO on June 1, Raghu Raghuram has been tasked with executing on Gelsinger’s vision of bringing the same virtualization products trusted by enterprises for decades into the cloud era. As many legacy software companies can attest, capturing net-new business in a market crowding with ‘born-in-the-cloud’ startups is no easy feat; yet, as the company that brought virtualization technology into the mainstream and remains pervasive throughout enterprises today, VMware faces a unique set of challenges and opportunities.

Since starting with stand-alone vSphere license agreements then progressing into full Software-Defined Data Center (SDDC) stack sales, VMware is now entering what Raghuram deems the company’s Chapter 3, the era of hybrid multicloud. Like the first two chapters, Chapter 3 will be defined by product innovation, but it will require a more nuanced partner strategy, leaning on value-added resellers and hyperscalers that will help bring VMware into the cloud. This is an area TBR expects VMware to execute on especially as it enters 2022 as a stand-alone company.

At VMworld 2020 VMware was coming off a series of tuck-in acquisitions that provided the company additional value in areas like networking, security and modern applications. Evidenced by historic acquisitions, such as VeloCloud, and more recent purchases, including Pivotal, VMware has proven its ability to use acquired IP to quickly pivot and meet demand from customers’ IT operations and development teams. While Gelsinger’s departure and the company’s spinout could be playing a role in slowing acquisition activity, VMware also appears to be at a point where it has all the workings of a competitive portfolio and must now determine how to integrate and scale it. Marking a key step in this direction was the announcement of Cross-Cloud Services at VMworld 2021.

Cross-Cloud Services is a manifestation of the company’s five-pillar framework and brings application, cloud infrastructure, cloud management, security & networking and anywhere workspace & edge services into a single, unified platform that can be deployed in any IT environment. In addition to established offerings such as VMware Cloud solutions and vRealize for cloud management, VMware released new products, such as Tanzu Application Platform (TAP) and Project Arctic, which are also offered as part of the Cross-Cloud Services product family. More services are expected to be offered under the Cross-Cloud Services umbrella in the future to provide existing customers with more choices and the flexibility to deploy VMware services anywhere.

Like many market players defined as SaaS companies, such as ServiceNow and Salesforce, VMware recently has been emphasizing product bundles. For example, in 2Q21 VMware launched Anywhere Workspace, which brings endpoint management, security and networking capabilities into a single subscription through Workspace One, VMware Carbon Black Cloud and VMware Secure Access Service Edge (SASE), respectively. However, as a company born on premises, VMware is more closely aligned with vendors such as IBM and Microsoft, which are similarly looking to support customers’ hybrid cloud journeys but face pressure to appeal to customers outside their own install bases.

While VMware faces similar challenges, the pervasiveness of VMware — evidenced by roughly 80 million vSphere-based workloads currently in production — arguably puts the company under less pressure to look outside its customer base, at least in the near term, and focus on upselling cloud and application services to its loyal base of traditional virtualization customers. The release of Cross-Cloud Services indicates VMware will take a land-and-expand approach to increase annual contract value (ACV) and become perceived as a SaaS company.

VMworld 2021: As the coronavirus delta variant continues to take its toll, VMware held its annual event virtually for the second consecutive year. While VMworld 2021 was unique largely because it was the first VMworld in nearly a decade without Pat Gelsinger as CEO, the feel of the event remained the same, offering various breakout sessions and independent talks from customers speaking to each of the five pillars that define VMware’s DT-enabling strategy. VMware also welcomed the CEOs of all major hyperscalers, further highlighting not only its commitment to partners but also to hybrid multicloud as the model that will shape enterprise IT throughout the next 20 years.