You are here: Home1 / The Blog2 / Special Reports3 / VMware Explore touted as ‘center of multicloud universe’ 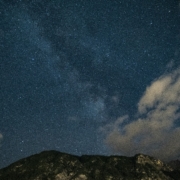 VMware is heralding VMware Explore as “the center of the multicloud universe,” aligning its annual conference with the company’s ambitions to become the de facto control plane for hybrid, multicloud environments. During his keynote and subsequent breakout sessions at the newly named VMware Explore global cloud conference, VMware CEO Raghu Raghuram laid out the company’s case for why and how it will succeed in achieving these goals, focusing much of the discussion on product initiatives that add to its end-to-end platform and modernize legacy products.

These products target the growing need for “cloud-smart” infrastructure management, and VMware, with one foot in the cloud and the other on premises, continues to make a compelling case for many enterprise customers. Throughout the event, VMware management highlighted the importance of strong partnerships that support product integration as a key to execution, impacting not only its vSphere business but also multicloud products. The company was joined on stage by hyperscalers, such as Microsoft (Nasdaq: MSFT) and Amazon Web Services (AWS) (Nasdaq: AMZN), to discuss ongoing joint product initiatives that are expanding customers’ ability to preserve past virtualization investments while migrating these environments to the cloud.

Specifically, the new Azure VMware Solution fills a critical gap in the VMware Cloud Universal program, and new flexible consumption options are opening doors for smaller enterprises looking to utilize VMware Cloud on AWS. In multicloud, new integrations with rival IBM (NYSE: IBM) involving both its Red Hat OpenShift and IBM Cloud Satellite were announced, underscoring both vendors’ commitment to openness and flexibility to deliver on the promise of “any cloud, any Kubernetes.” With product launches and partner initiatives indicating an innovative future, VMware Explore 2022 felt entirely like business-as-usual, and one could be forgiven for forgetting the significant transaction that looms in the future.

Innovating to enable modern applications and cloud-smart IT strategies

In VMware’s opinion, cloud-smart strategies require enterprises to retain some workloads on premises due to cost considerations and performance requirements, pushing the company to continue to innovate with its popular vSphere platform. With vSphere 8, customers gain access to the long-promised Project Monterey. Originally announced at VMworld 2020, Project Monterey rearchitects vSphere to support data processing units (DPUs), providing far better performance when running data-intensive, modern applications in the cloud, on premises and at the edge.

Specifically, DPUs augment the power of the CPU or graphics processing unit (GPU) by providing a place to offload core infrastructure tasks like networking and data storage. This frees up core capacity up to 20%, allowing the CPU or GPU to focus on the specialized tasks present in modern applications like AI, machine learning (ML) and high-performance computing (HPC). Instrumental to Project Monterey, the company partnered with chipmakers NVIDIA (Nasdaq: NVDA), AMD (Nasdaq: AMD) and Intel (Nasdaq: INTC), and hardware OEMs Dell Technologies (NYSE: DELL), Hewlett Packard Enterprise (HPE) (NYSE: HPE) and Lenovo, relying on this ecosystem to support the hardware integrations necessary to offer DPU architecture support with vSphere 8.

TBR believes that with Broadcom as a major chipmaker itself, vSphere and future innovation around silicon architectures could be an interesting possibility. Regardless, the improvements in compute performance added through vSphere 8 are unlikely to change the long-term trajectory for the virtualization platform. Public cloud providers continue to invest heavily in specialized server chips to come to market with application-optimized instances capable of delivering superior performance in the cloud for many modern applications. Instead of differentiating, these updates prolong vSphere’s relevance by enabling customers to preserve their past virtualization investments.

At VMware Explore 2022, the most noteworthy announcement was VMware Aria, which, according to VMware, will represent the core of the company’s multicloud management strategy going forward. VMware Aria is a new hybrid, multicloud management portfolio built to alleviate modern IT complexity challenges, which VMware management accurately refers to as “cloud-chaos.” The portfolio includes a set of end-to-end solutions for managing cost-performance optimization and consistent policy implementation across any cloud. The foundation of the portfolio rests on the announced VMware Aria Graph and VMware Aria Hub. Customers will manage and apply policies within the graph via the VMware Aria Hub, the portfolio’s control plane, while the graph data store serves as the engine of the offering, providing a connection to an enterprise’s complete array of IT assets, from multiple public clouds to virtual private clouds and on premises.

TBR believes VMware’s position as a virtualization provider could provide the company with an advantage in attracting enterprise customers. With many enterprises preserving their virtualization investments in the near term, tight integrations with vSphere could create meaningful value for complexity-conscious customers. Further, as VMware management claims, the expertise in infrastructure management VMware has accumulated over the years through the development of the company’s virtualization platform will serve it well as it builds products that reduce complexity in multicloud management.
However, VMware must execute on this promise by maintaining its investments in R&D, as well as its go-to market effort. As the fight for the multicloud control plane grows, any deviation from the company’s current investment path would likely be detrimental to adoption as others maintain their pace of innovation. Further, with headwinds to virtualization unlikely to abate, failure to remain competitive would have significant ramifications in VMware’s ability to generate sustainable long-term growth.

Partnering to deliver on ‘any cloud, any Kubernetes’

VMware Explore 2022 follows a year of transformation regarding the company’s relationship with its partner ecosystem, and commentary during the conference suggested this change of heart is here to stay. As VMware pivots toward the cloud, it will need to engage with not only hyperscalers but also professional service providers as the company looks to accelerate vSphere migrations and drive adoption of its cloud-native portfolio.

Over the past year, VMware has seen significant success in bolstering its relationships with services partners, a reflection of recent ecosystem investments that are adding technical resources to joint customer engagements. While management highlighted these recent successes, conference announcements focused on collaborative product initiatives and integrations, aligning with the conference theme of “any cloud, any Kubernetes.” Considering Broadcom management shares similar views on shifting the business toward the cloud, TBR believes that the momentum in partner engagement is unlikely to change following the acquisition, at least as it pertains to significant revenue generators like vSphere.

While multicloud offerings like VMware Aria and Tanzu represent a long-term growth opportunity for VMware, shifting vSphere customers to subscription-based consumption methods is a more near-term strategic objective for the company, requiring it to work with hyperscalers to provide the necessary infrastructure component. So far, the company has been successful in this pursuit, with subscription revenues growing over 20% year-to-year in recent quarters.

On track to its FY2023 subscription revenue goals, subscription growth is driven by vSphere migrations, which are supported by joint product initiatives between VMware and its hyperscaler partners. Adding to the VMware Cloud Universal program, the company announced the general availability of the new Azure VMware Solution, improving vSphere migrations to Azure’s public cloud. Over the past year, VMware’s partner initiatives with Microsoft have largely mirrored its efforts across the public cloud landscape, with its cloud-native applications recently becoming available on the Azure marketplace.

However, VMware continues to view AWS as its preferred cloud provider, emphasizing the partnership at VMware Explore with the launch of new consumption options for the VMware Cloud on AWS. VMware’s favoritism toward the company threatens its multicloud reputation, especially given AWS’ restrictive stance on multicloud environments. Going forward, this perception can be combated by accelerating development programs with its other hyperscaler partners, such as Microsoft Azure, to bring the same level of capability and the same breadth of consumption methods to all cloud environments.

Integrating with rivals to deliver on ‘any Kubernetes’ promise

As VMware positions VMware Aria at the core of its multicloud strategy, the underlying Kubernetes deployment platform is becoming less of a differentiator, with “any Kubernetes” integration taking precedence. Announced at VMware Explore, VMware will enable cross-platform container deployment with rival Red Hat OpenShift, a move that recognizes the likelihood enterprise customers will consume multiple Kubernetes platforms.

While “vendor-neutral” has been a common marketing phrase used to describe the lack of direct affiliation with a public cloud provider, this integration pushes platform openness further. Given VMware’s and Red Hat’s market share, TBR expects other vendors will be pressured to follow their lead, initiating an “any Kubernetes” approach across the industry. Outside of product integrations, IBM Consulting was named a global systems integrator (GSI) for VMware, adding to an expanding list of GSIs building their VMware-related business. IBM’s focus on executing on its hybrid cloud strategy makes its partnership with VMware more of a necessity based on the company’s enduring presence in the cloud.

With the conference emphasizing a multicloud future, VMware Explore 2022 felt like business as usual, an indication for TBR that strategy will remain unaltered post-acquisition. Led by its product-focused CEO, VMware’s ability to innovate was on display as the company pivots toward cloud-smart strategies. VMware’s updates for core products, like vSphere 8 and vSAN 8, are creating enduring value for enterprise customers, prolonging their secular decline. Meanwhile, VMware Aria takes the company into its next chapter of multicloud management. Now, VMware must execute on this pivot by maintaining its pace of innovation and the growth of its partner ecosystem.

With Broadcom (Nasdaq: AVGO) CEO Hock Tan watching from the front row, Raghu Raghuram and the rest of VMware management hosted the newly named VMware Explore global cloud conference, a change from its namesake VMworld. The rebranding, which is significant based on the prior event’s reputation as a go-to event, appears to be driven not by the pending change in VMware’s ownership but by the company’s efforts to position itself as a provider of more than its virtualization platform.

Major announcements emphasized VMware’s ongoing evolution from an on premises virtualization provider to a leading enabler of “cloud-smart” IT strategies, with launches for VMware Aria, vSphere 8 and vSAN 8 exemplifying the company’s ability to innovate. However, while an innovative spirit remains at VMware today, a feeling of uncertainty around future innovation existed among conference attendees this year as stakeholders grapple with the impending change in ownership. While much is to be determined, prior public statements by both companies describe the transaction as transformational to Broadcom Software Group, and TBR walked away with our prior stance unchanged, believing in incremental benefits for VMware if investments in strategic areas remain consistent.

Trends in services to drive revenue for IT infrastructure providers 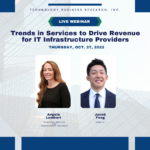 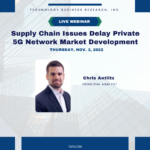