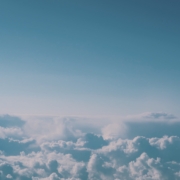 Jeff Clarke, vice chairman and co-chief operating officer for Dell Technologies, opened Tuesday’s keynote by pointing out that software innovation across the industry is consistently outpacing hardware innovation. This theme resonated throughout the event, which focused on Dell Technologies and partner capabilities that can marry on-premises and public cloud data, automate IT management tasks and enhance security. Dell Technologies is building an ecosystem around its ISG portfolio that can increase the value of its own software and tools, particularly in the storage space.

ISG has performed competitively versus market peers over the past year, growing 4% year-to-year in 2021 to $34 billion in annual revenue. Although much of the product emphasis during Dell Technologies World focused on storage innovations, recent ISG growth has predominantly been driven by the server and networking business, which was up 4% in 2021, while storage has remained flat, partially due to marketwide challenges around securing components. Dell Technologies’ leadership position in the storage market is a key advantage for the company and is important to protect, particularly as competitors such as Pure Storage (NYSE: PSTG) and NetApp (Nasdaq: NTAP) have intensified their focus on hybrid cloud storage solutions via partnerships with major hyperscalers.

The primary service expansion announced for Dell Technologies APEX, Dell Technologies’ portfolio of cloud and IaaS offerings, was Dell Technologies APEX Cyber Recovery Services. This managed service provides day-to-day management of cyber recovery vault operations and assistance with data recovery should a cyberattack occur — valuable capabilities that help customers not only deal with ever-increasing ransomware threats but also fill in gaps for customers whose IT teams lack the capacity and expertise to address security issues.

While Product Group VP Caitlin Gordon noted that Dell Technologies is not new to hyperscale partnerships, with 1,500 companies already using Dell Technologies Data Protection on AWS, expanding the breadth of the company’s partnerships to include more services and a larger number of cloud providers is essential to address a more robust number of customer use cases. Gordon stated that the Dell Technologies PowerProtect Cyber Recovery Service, which was launched with AWS in 4Q21, will be available on Microsoft Azure in the second half of 2022.

Dell Technologies is the first hardware vendor to announce a partnership with Snowflake (NYSE: SNOW), a data warehouse company popular among public cloud users for analyzing and managing their company data. With this new partnership, Dell Technologies customers will be able to bring their on-premises data sets into the Snowflake cloud alongside public cloud data sets, a capability that is currently not available for other vendors’ on-premises systems. This type of partnership is an example of how Dell Technologies is expanding customer choice and the capabilities of its platforms, a trend that is likely to continue as Dell Technologies grows its partner roster and perhaps begins to ramp up acquisitions following the spinoff of VMware (NYSE: VMW) in late 2021.

Storage updates focus on software innovation
Dell Technologies focused on the software innovation theme as it highlighted improvements to its storage portfolio, which includes PowerMax, PowerStore and PowerFlex. For the enterprise PowerMax storage product line, Dell Technologies emphasized the zero-trust architecture and increased intelligence and automation, which reduces NVMe-over-TCP setup time by 44% and guarantees a 4:1 data reduction ratio. Dell Technologies highlighted a more SaaS-based approach for its midrange PowerStore operating system software, rolling out version 3.0 to customers free of charge with 120 new features.

Perhaps one of the most critical aspects of gaining share in multicloud environments for Dell Technologies will be winning over developers, an audience that has been more of a tangential focus for Dell Technologies in the past as its historical customer base has been rooted in infrastructure managers. In his keynote address, CEO Michael Dell noted the company is focused on making its solutions API-driven, increasing levels of automation and supporting Kubernetes platforms like VMware’s Tanzu and Red Hat’s OpenShift in addition to AWS EKS, which is available on Dell EMC VxRail and PowerStore.

Dell Technologies’ PC business has been fueling the company’s revenue growth, with the Client Solutions Group (CSG) growing 27% year-to-year in 2021 to $61 billion in revenue, while also supporting strong margins. Highlighted PC innovations focused on the top end of Dell Technologies’ portfolio, for both business laptops and the Alienware gaming line, with a theme of collaboration, connectivity and security. Dell Technologies showcased a prototype of its Latitude 9330 laptop featuring buttons built into the trackpad to manage virtual conferencing functions such as turning the camera and microphone on and off, chatting, and sharing content. The PC also leverages AI-based features such as fixing videoconferencing performance issues by connecting to multiple networks simultaneously to increase bandwidth. From a privacy and security standpoint, the PC can detect whether onlookers are viewing the user’s screen and obscures the content from view.

Aside from innovations centered on user experience, Dell Technologies showcased the company’s focus on sustainability in PC design via Concept Luna, a three-pronged approach to reducing the carbon footprint of PCs by decreasing the size of components such as motherboards, intentionally choosing eco-friendly materials, and designing PCs to be more serviceable, which facilitates repairs and refurbishment.

Dell Technologies World 2022 illustrated Dell Technologies’ intentions to enable a multicloud ecosystem for its customers. The company is taking a broader approach, rather than relying solely on its APEX “as a Service” portfolio to drive growth, by embracing partnership opportunities with public cloud vendors and turning its attention toward meeting the needs of developers who are consuming vast amounts of infrastructure services. Partnerships are also a focal point for building a broader ecosystem. While Dell Technologies’ relationship with VMware remains close, the company’s first major event since the VMware spinoff gave Dell Technologies greater opportunity to highlight a broader range of partnerships, including its new alliance with Snowflake and in support of customers using OpenShift. The multicloud messaging throughout the event demonstrated that Dell Technologies understands its customers’ most essential market needs, and now the company must focus on executing to meet those demands, particularly through Project Alpine and by expanding its strategies to better cater to developers.

Kyndryl has the freedom to choose its own destiny 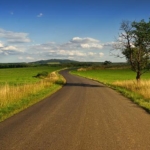