You are here: Home1 / The Blog2 / Special Reports3 / There are no guarantees in the metaverse, but Tech Mahindra bets on it... 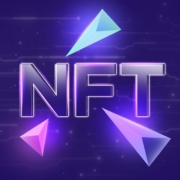 On Feb. 28, 2022, Tech Mahindra announced the launch of its new practice, TechMVerse, a metaverse-oriented business unit that will focus on developing immersive and digital experiences for clients. According to the company’s press release, the practice will combine Tech Mahindra’s network and IT infrastructure expertise with AI, blockchain, 5G, augmented reality (AR)/VR and quantum computing capabilities to build metaverse use cases, such as DealerVerse (a metaverse-based car dealership), Middlemist (a non-fungible token [NFT] marketplace), Meta Bank (a virtual bank), and a gaming center. While currently at about 100 employees, according to The Economic Times, Tech Mahindra announced that it plans to train 1,000 engineers in the coming years to support the practice’s growth.

5G as the company’s backdrop

Tech Mahindra’s historical strengths as a telecom-oriented IT services firm help guide its future path. Today’s Tech Mahindra was born from a 2013 merger with Mahindra Satyam, which helped the company diversify into new verticals outside of its core telecommunications market, such as banking, financial services, and insurance (BFSI). As such, telecom infrastructure, network and IT services are Tech Mahindra’s bread and butter, accounting for approximately 40% of total revenue. And the company has continued to invest in 5G, network and software-defined architecture services, giving Tech Mahindra strong capabilities in the next-gen wireless technology that will help power many of the data-intensive metaverse use cases.

Two components of Tech Mahindra’s investments related to the metaverse stand out to TBR, particularly around NFTs and gaming. As blockchain data and analysis firm Chainalysis stated in its 2021 NFT market report, “In 2021, users have sent at least $44.2 billion worth of cryptocurrency to … two types of Ethereum smart contracts associated with NFT marketplaces and collections.” Tech Mahindra is aiming to capitalize on the commercialization of new products related to this NFT spending. Specifically, the company plans to offer digital and professional experience services around design and content through TechMVerse and will also offer low-code NFT and blockchain platforms for enterprise clients.

We see this as a key opportunity for Tech Mahindra, as organizations increasingly devote resources to exploring the connection between NFTs and the metaverse — such as JPMorgan’s Onyx Lounge in Decentraland, where one can buy virtual land with NFTs — yet may lack the required IT infrastructure, skills or impetus to build their own use cases from scratch. Tech Mahindra is also planning to collaborate with Mahindra & Mahindra Ltd. to offer digital collectibles that will be listed and offered for sale through Tech Mahindra’s NFT Marketplace platform.

At the same time, the gaming industry is arguably the pioneer of the metaverse. From The Sims to Fortnite, consumers continue to spend real dollars on virtual things in virtual worlds. Hence, the metaverse is not a new concept, rather one that has already been quietly and successfully adopted by gaming companies, as new data from the Entertainment Software Association found that spending on gaming content reached $51.7 billion in 2021. While noting that it plans to develop use cases, Tech Mahindra also announced it is launching a new Cloud Gaming as a Service solution for telecommunications, cable and OEM companies in partnership with Ludium Labs, a firm that offers cloud adoption and interactive streaming of applications.

According to the press release, the 5G-powered, low-latency gaming solution will have a library of 150-plus AAA games stored in the cloud and will help these firms improve their customers’ access to compute-intensive games on any device, thereby eliminating the need for consoles and high-speed internet. The service mirrors Microsoft’s efforts to transform the gaming industry by bringing in subscription-based business models with the 3Q20 launch of Project xCloud.

According to TBR’s 4Q21 Microsoft Cloud report: “While Project xCloud — now called Xbox Cloud Gaming — was not the first subscription-based gaming service to be offered in the industry, TBR felt at the time of the launch that Microsoft’s ability to differentiate would be supported by the company’s expertise in operating subscription-based businesses and guide its gaming go-to-market efforts.” Tech Mahindra’s Cloud Gaming as a Service solution can open up similar opportunities to its core communications client base and enable telecom companies, cable companies and OEMs to compete with gaming incumbents, further expanding Tech Mahindra’s addressable market in the metaverse. 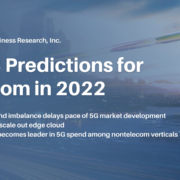 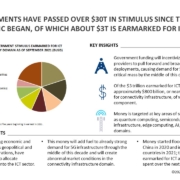 Governments have passed over $30T in stimulus since the pandemic began, of which about $3T is earmarked for ICT

Introducing XaaS Pricing — and 10 reasons why you should care 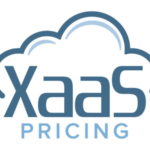 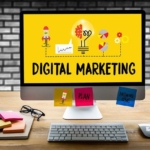