You are here: Home1 / The Blog2 / Special Reports3 / Proven capabilities in the U.S. enable Infosys to become a trusted partner... 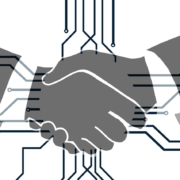 North America is Infosys’ (Nasdaq: INFY) largest region, composing 61.9% of total revenue and growing 23.1% year-to-year in 3Q21. Accelerated growth momentum in the region — regional sales have rebounded from -0.5% on an annual basis in the peak of the pandemic in 2Q20 — is largely due to the company’s ability to balance innovation with securing foundational revenues enabled by cloud, which for Infosys means Infosys Cobalt.

Infosys’ ongoing expansion efforts in talent and capabilities in areas such as Adobe, Salesforce and product design continue to serve as a catalyst for transformation. Efforts are enabling the company to drive conversations in new areas as well as attract talent with multidisciplinary skills, evidenced by its network of innovation and design hubs in the U.S. Additionally, ongoing recruitment efforts provide a glimpse into Infosys’ culture of learning and development; hiring began in late 2020 with the goal of 25,000 additions over five years, and Infosys aims to hire 12,000 U.S.-based employees and 3,000 U.S.-based college graduates by 2022. Despite the ongoing war for talent, we expect Infosys to meet and likely exceed these targets. In 2017 the company announced its goal to hire 10,000 U.S.-based employees by 2019, then exceeded this goal by 3,000.

Retaining talent will be equally as important, especially as attrition continues to climb. Infosys reported voluntary attrition in the last 12 months for IT services was 20.1% in 3Q21 up from 13.9% a year ago. Examples of Infosys’ investments in expanding its addressable market and building trust with a new generation of workers include: a recently announced training facility in Indianapolis; virtual training platform Infosys Wingspan; recruitment outreach for nontraditional talent including high school and community college graduates and midcareer transition professionals; a dozen partnerships with U.S.-based universities; a Reskill and Restart program; and Infosys Foundation that supports K-12 teachers. Infosys is already seeing some of these investments pay off. For example, the attrition of its Community College Pathway program is about one-third lower than overall turnover. Creating personal connections with such recruits while providing a clear upward career progression sustains Infosys’ growth.

We attribute the impressive FS North America growth to two factors. First, Infosys is ramping up cash inflows from its mega deal with Vanguard, signed in 2020. Second, Infosys capitalizes on its established footprint and trust with nine of the 10 top U.S. banks and its ability to grow its regional banks’ roster.

Following Infosys Leadership Forum in Europe, the company hosted over 120 clients and two dozen analysts and partners for in-person and virtual sessions for the one-day Infosys Americas Leadership Forum, held at Madison Square Garden and culminating with the New York Knicks versus Orlando Magic game. While many of the themes and messages of the Americas event were consistent with the London event held in October, nuances, particularly around client stickiness and trust, stood out as the fundamental pillars of Infosys’ regional success and pivot toward becoming a platform-enabled solutions broker known for its strong execution capabilities.

Top 3 Predictions for Cloud Applications in 2022
Scroll to top