You are here: Home1 / The Blog2 / Special Reports3 / End game for Northrop Grumman’s IT services business

On Dec. 7, Northrop Grumman announced the sale of its federal IT services operations to an affiliate of Veritas Capital, confirming rumors that began in late October with a report that the company had retained a strategic adviser to review a potential divestiture of its technology services group.

The transaction will net Northrop Grumman (NYSE: NOC) nearly $3.4 billion in cash and involve the merger of Northrop’s federal IT and mission support businesses with Peraton, the former IT services group of Harris Corp. Peraton was acquired by Veritas in 2017 for nearly $700 million. After the deal closes during 1H21, the new entity will have an initial revenue base of between $3.2 billion and $3.4 billion, by TBR’s estimates. Northrop indicated in the Securities and Exchange Commission filing accompanying the divestiture notice that the consolidated IT operations included in the transaction would account for roughly $2.3 billion in revenue in 2020, spread across three of its four principal business groups: $1.6 billion from the Defense Systems unit, $500 million from the Mission Systems unit, and $200 million from the Space Systems segment. Peraton generated just over $1 billion in revenue in 2019, according to TBR research. Veritas has not indicated plans for an IPO for the entity, and we expect the new company will initially remain privately held but eventually be taken public.

One might trace the genesis of the announced sale of Northrop’s IT services business back to the company’s $7.7 billion acquisition of Orbital ATK in 2018. Buying Orbital ATK expanded Northrop’s addressable market in the space and missile defense sector with capabilities in small space systems, launch vehicles and propulsion, and missiles and advanced precision munitions. Orbital ATK was rebranded as Northrop Grumman Innovation Systems following the acquisition. At the time, the bulk of Northrop’s IT services operations resided in the former Technology Services (TS) group, which was eventually folded into the larger Defense Systems (DS) unit when the company restructured its business lines in late 2019. Adding Orbital ATK generated cross-selling opportunities for TS in large-scale sustainment, logistics, cybersecurity and operations services, but a similarly expanded opportunity set for the legacy enterprise IT services segment of TS remained unclear. Likewise, it was uncertain if the $13.3 billion phase of the Ground Based Strategic Deterrent (GBSD) program that Northrop won with the U.S. Air Force in September 2020 would avail enterprise IT-related opportunities in systems integration or other offerings to the company’s TS group. GBSD will clearly generate multibillion-dollar revenue streams for the company’s Space Systems unit — evidenced by the segment’s 50%, or nearly $12 billion, sequential increase in backlog in 3Q20 that is attributable almost solely to GBSD. There may be additional pull-through opportunities for mission-enhancing capabilities provided by Northrop’s Mission Systems unit as part of GBSD. GBSD may also offer occasions for Northrop DS to provide integrated air and missile defense solutions, integrated battle command systems, training and simulation, and sustainment services. 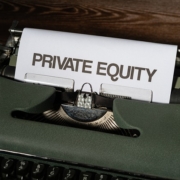 ManTech acquired by The Carlyle Group 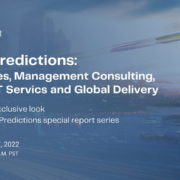 While COVID-19 wreaks havoc across commercial markets, the federal IT market remains resilient

SAIC and Unisys Federal: Penetration, growth and confidence, with questions around IP and integration