CSP spend on 5G infrastructure will scale faster and peak higher than originally anticipated due to the vast amount of support by governments in a range of countries, including but not limited to China, the U.S., the U.K., Japan, South Korea and Singapore. Due to this, typical historical deployment curves for cellular technologies will not apply to the 5G market, which is now expected to be widely deployed globally by the middle of this decade instead of in the later years of the decade. This pull forward and broadening of infrastructure investment are primarily due to attempts by leading countries to support their economies amid the COVID-19 crisis as well as to keep pace with China’s aggressive and broad investment initiative for competitive reasons. Over the past 12 months, 5G has become a highly political issue, and this unprecedented government involvement and funding are being justified on national security, economic competitiveness and public health grounds.

The 5G Telecom Market Forecast details 5G trends among the most influential market players, including both suppliers and operators. This research includes current-year market sizing and a five-year forecast by multiple 5G market segments and by geographies well as examines growth drivers, top trends and leading market players. 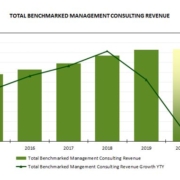 5G will be an evolution, not a revolution