You are here: Home1 / The Blog2 / Blog3 / What’s next for Lockheed Martin after being left out of ABMS consortiu... 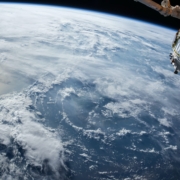 Notably, Lockheed Martin (NYSE: LMT) was left out of this cohort, despite ramping up its efforts to underpin the Department of Defense’s (DOD) Joint All-Domain Command and Control (JADC2) vision.

ABMS is similar to the U.S. Army’s Project Convergence and the U.S. Navy’s Project Overmatch. It is compatible with the JADC2 program, under which U.S. military branches are investing in upgrading current Command, Control, Communications, Computers, Intelligence, Surveillance and Reconnaissance (C4ISR) programs to support the Department of Defense’s (DOD) vision of instantaneous multidomain interconnectivity.

The inaugural members of the Digital Infrastructure Consortium were selected due to their experience with JADC2-enabling technologies. They are tasked with jointly developing the digital design criteria for the new cloud-based command and control system. This system will be part of JADC2’s cloud-like environment, enabling the rapid receipt and transmission of sensor data to interconnected networks.

Once deployed, the open architecture framework developed by the ABMS Digital Infrastructure Consortium would improve the data-sharing capabilities of the U.S. Air Force, U.S. Space Force and relevant allies. The framework will use AI and machine learning support to share common operating pictures with decision makers across the military branches, enabling them to better coordinate and make more informed choices.

Top 3 Predictions for Federal IT Services in 2023

Since then, Lockheed Martin has continued to invest in 5G.MIL and build out its partner network with commercial businesses in the cloud, semiconductor and telecom verticals to enable interoperability between networks that utilize IP and those that do not. For example, Lockheed Martin announced a slew of new alliances with businesses including Keysight Technologies (NYSE: KEYS), Intel (Nasdaq: INTC) and Microsoft (Nasdaq: MSFT) to broaden 5G.MIL’s capabilities.

Recently, Lockheed Martin has been making progress with these partners. For example, Verizon and Lockheed Martin demonstrated in late September that they could improve situational awareness via 5G.MIL. The two showcased how 5G-leveraging drones could communicate with Verizon On Site Private Network nodes to transmit video and intelligence, surveillance and reconnaissance (ISR) radio frequency (RF) data during military operations.

In 1Q23 Lockheed Martin will launch two of its Pony Express 2 smallsats to showcase its HiveStar, SmartSat, mesh networking and tactical communication capabilities. Lockheed Martin will also launch its Tactical ISR Sat (TacSat) with an infrared sensor sometime between 2Q23 and 3Q23. The TacSat features ISR functions and supports communications and on-orbit processing. These three satellites will comprise a JADO test bed and expand Lockheed Martin’s capabilities to support instantaneous interconnectivity across domains.

The SAJE project’s test bed has been offered as an option for the U.S. Air Force and other military branches interested in seeing how a Lockheed Martin NTN could enable JADO for them. It will also bring 5G.MIL to space while likely giving the defense contractor a role with ABMS as well as other JADC2-enabling projects as Lockheed Martin will be able to showcase how an NTN can leverage 5G to support military units by better connecting them and improving their situational awareness.

The defense contractor will continue to position itself to capitalize on JADC2’s expanding budget and expand the SAJE test bed’s capabilities in 2024 by adding its Active Radio Frequency satellite to the NTN. Lockheed Martin will also further build out the 5G.MIL partner network to enable JADC2 and partner with primes like AT&T and Microsoft as well as smaller innovators to enable interconnectivity across the U.S. military’s branches.

Industry peers will also jockey to underpin the DOD’s vision. Northrop Grumman is also leveraging 5G technology to support JADC2 and allied with AT&T in April to unify AT&T’s 5G private networks with Northrop Grumman’s systems to create a scalable open architecture while assessing digital battle networks. L3Harris announced in October that it would purchase Viasat’s Tactical Data Links (TDL) business for $2 billion, expanding its reach by gaining access to Link 16 Multifunctional Information Distribution System (MIDS) platforms and terminals that are already in use across the globe.

While there are some concerns about JADC2, the DOD will continue to expand its budget for the initiative. JADC2 funding is slated to grow from between $1.5 billion and $2 billion in FY22 to a minimum of $2.2 billion in FY23 as the DOD looks to improve its intelligence and communication capabilities to counteract hostile threats.

Top 3 Predictions for Digital Transformation in 2023 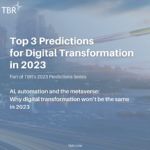 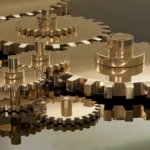 PTC’s Corporate Experience Center: Experiencing software in a physical wo...
Scroll to top