You are here: Home1 / The Blog2 / Blog3 / Is the IT hardware market ready for Hardware as a Service? 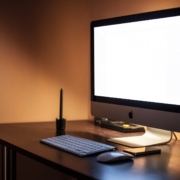 Hardware as a Service — or maybe you call it PCaaS, DaaS or XaaS — is basically referring to bundling some type of hardware (e.g., phones, PCs, servers) with life cycle services and charging a recurring fee over a multiyear contract. The customer never really owns the hardware, and the vendor takes it back at the end of the agreement.

Sure, it’s not a new concept. But the solution hasn’t exactly taken off like a rocket ship, either. So, is it going to? Maybe. Its initial speed may be more like a Vespa than a SpaceX Falcon, but there are a few things working in its favor.

Why do buyers want it?

Why do vendors want to sell it?

Buyers are used to monthly SaaS pricing models, but that’s not really what creates the main appeal for Hardware as a Service. Buyers really want the value-added services and fewer managerial headaches.

As someone who manages several research streams, I get to peek at results from a lot of different studies. Here are a few snippets of things I’ve heard and seen in the last month or so.

My general verdict is that things are still moving at Vespa speed. PCs have a head start over data center hardware based on the concerted go-to-market efforts of the big three OEMs and a consumption model that more closely aligns with the consumer services we’re used to. The second half of this year will be an interesting proving ground to see if the reported pipeline growth is converted to actual customers. Depending on how that goes, maybe we’ll see the data center guys making more serious moves in this space.

What do you think? Add a comment or drop me an email at [email protected].

Pricing research is not always about price
Scroll to top