You are here: Home1 / The Blog2 / Blog3 / Federal IT vendors capitalizing on a growth-friendly spending environment...

Senior Analyst  John Caucis reports on three federal IT services providers this week, each delivering robust, double-digit revenue growth amid the strongest federal technology market witnessed in many years. “The strongest performance was tendered by CACI, whose revenue rose 16.9% year-to-year to $1.36 billion in 3Q19, showing the tight alignment of its differentiated solutions with high-priority spending areas in the defense and intelligence markets. CACI is beating incumbents on large-scale program recompetes and defending its incumbency on its own legacy engagements, while the strength of its fiscal performance points to a high-value solutions mix highly relevant to its core customers. CACI’s $1 billion in acquisitions in 1Q19 is also boosting revenue, adding between $115 million and $120 million in inorganic sales in 3Q19 (by TBR estimates), though also generating margin pressures.

“Booz Allen Hamilton’s (BAH) revenue rose 12.7% year-to-year to $1.82 billion in 3Q19, consistent with the company’s plan to aggressively execute on its FY20 growth objectives during the first half of the fiscal year (calendar 2Q19 and 3Q19). BAH is realizing balanced growth across its government-focused business lines. Growth in BAH’s Global Commercial business has been more variable but has stabilized and is on solid footing for continued expansion in 2020. Finally, Leidos’ revenue rose 10.1% year-to-year to $2.84 billion in 3Q19. The company’s backlog continues to surge to new highs owing to a strong sustained pace of net-new contract bookings across the defense, civilian and, particularly, healthcare areas. Leidos also successfully defended its position on a handful of large projects, including the $2.9 billion, 10-year NASA End-User Services & Technologies (NEST) program and the $927 million IT and logistics support contract with the Transportation Security Administration.”

Additional assessments publishing this week from our analyst teams

“With the Syntel acquisition fully integrated globally, Atos’ next step is to explain Syntel’s capabilities to its internal sales and delivery teams and existing clients to successfully cross-sell its solutions and to effectively deliver services for cloud revenue growth and improved profitability. TBR does not expect the stepping down of Atos CEO Thierry Breton on Oct. 31 and appointment of Elie Girard, previously deputy CEO and CFO, to change the company’s strategic direction or negatively impact Atos’ performance. Girard will continue to steer the strategic direction of the company over the next two years around delivering business outcomes for customers utilizing Atos’ technology and services expertise in cloud and cybersecurity.” — Elitsa Bakalova, Senior Analyst

“Throughout 2019, Cognizant’s emphasis on evolving from its traditional roots to a digital transformation leader has resulted in multiple acquisitions and a flurry of restructuring efforts, such as the Digital Transformation Office. The Digital Transformation Office’s latest announcement is a two-year plan, 2020 Fit for Growth, which will result in additional layoffs and reskilling efforts around key technology areas such as data, IoT, digital engineering and cloud. The 2020 Fit for Growth plan is Cognizant’s furthest reaching plan so far in 2019, impacting 12,000 employees and resulting in the divesture of nonessential businesses to free up capital for digital growth and improve Cognizant’s cost structure. TBR believes the success of Cognizant’s restructuring and go-to-market realignment will require active involvement of its partner ecosystem to rapidly expand the scale of its new offerings and strengthen its positioning against competitors in the digital space.” — Kelly Lesiczka, Analyst

“Ongoing restructuring efforts to improve delivery and cost structure enabled Fujitsu Services to grow revenues and profitability in 3Q19 but could set the company back relative to peers. However, the speed of Fujitsu’s transition will dictate the extent to which its portfolio and delivery network can generate profitable growth in FY22.” — Lesiczka

“T-Mobile will end 2019 on a high note, with the company’s annual postpaid net additions and adjusted EBITDA surpassing initial guidance expectations. T-Mobile’s momentum will continue in 2020 regardless of the outcome of the proposed Sprint merger, as the company’s widespread 5G coverage and expanding portfolio and service options will attract new customers.”  — Steve Vachon, Analyst

“AT&T’s 3Q19 earnings highlight the challenges the company is experiencing as a result of extensive expansion over the past five years due to the acquisitions of Time Warner and DIRECTV and the launch of AT&T Mexico. Market challenges and shifting consumer preferences contributed to AT&T’s revenue declines in most segments, and the company remains debt-laden from its large-scale investments.” — Vachon 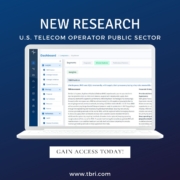 Federal IT moves past COVID-19 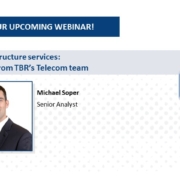