You are here: Home1 / The Blog2 / Blog3 / Postcards from the edge: Complexity is here — wish it were not

“Analog dollars to digital pennies” is a phrase used to discuss the continued compression on technology price points as Moore’s Law economics, coupled with continued IP abstraction, creates economic trigger events aimed squarely at legacy business model best practices. Recently, I attended analyst events in New York City — one sponsored by Lenovo and one by Canonical — that outline these economic trigger events, albeit from different sides of the same coin.

Canonical CEO Mark Shuttleworth used the term “economic trigger events” often in his opening remarks. The idea is that technologies and new price points create trigger events that result in new economic fundamentals where some participants will be disruptors and some will be disrupted.

The rise in the hype cycle around edge computing as it joins forces with cloud, artificial intelligence (AI)/machine learning, and Internet of Things (IoT) creates a veritable Gatling gun of economic trigger events. These events accelerate business model disruption as we pivot to the Business of One era.

The disruption sits atop the continued economic pressure from commoditized hardware. What’s behind it all is that while infrastructure is valuable, it is not valued. In short, the margin moves out of infrastructure and into the business outcome. Technology enablement is less constrained by affordability and more by determining what business value can be derived from the application or use case.

Rather than being the lead decision in business investment decision making, infrastructure acquisition becomes the derived decision. The service attach rate or services drag becomes the fuzzy guide point for new inventions and new business models. Broad, ubiquitous ecosystems become imperative to generating sufficient margin in the digital penny world to justify the ongoing development, monitoring, and maintenance of secure flexible infrastructures that won’t break and will keep data secure and private.

For Canonical, this means focusing on the connection between operating system and cloud control planes to ensure a single code set operates silicon as large as high-performance computers (HPCs) and as small as single-purpose IoT devices. Compute infrastructure is assumed to work, until it breaks, and then users realize just how valuable that hidden infrastructure provisioning is.

As Canonical is hardening the abstraction layer to ensure seamless interoperability, Lenovo (and many other hardware manufacturers) create purpose-built appliances optimized for edge workloads. In some instances, these will be small appliances simply capturing data and routing it back to clouds for ingestion into massive analytics engines. In other situations, it will be very-high-performance compute engines with GPU accelerators in simple, easy-to-operate form factors where AI inference in real time has to be performed at the edge. Here again, the assumption will be that the edge appliance can operate (in a retail convenience store, for example) without the need for any technically savvy personnel to monitor, manage or provision the device on-site.

Look for more detailed special reports from TBR on the Lenovo and Canonical industry events in the next few weeks. 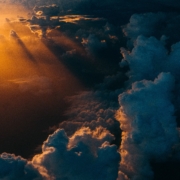 EY, SAP and Microsoft: A powerful triad for the Business of One era

Big Blue opens its arms, and its wallet, to Red Hat

Cloud repatriation follow-up: Do you really know the value proposition of cloud?

As the 2018 finish line nears, will McKinsey continue its breakaway or slip... Can management consulting survive digital transformation?
Scroll to top