You are here: Home1 / The Blog2 / Special Reports3 / The state of cloud profitability has never been stronger

More than a decade after taking a leap of faith, cloud vendors prove profit possibilities

For vendors such as Microsoft (Nasdaq: MSFT), Oracle (NYSE: ORCL) and SAP (NYSE: SAP), offering cloud solutions required them to leave the safe and profitable confines of their traditional software businesses, where they were confident in the business models and drove consistent double-digit operating margins. Even for born-on-the-cloud companies such as Salesforce (NYSE: CRM) and Workday (Nasdaq: WDAY), the lack of short-term profit required them to adjust funding requirements and sell this new business model to potential investors. All vendors that chose to participate in the nascent market had to take on the cloud financial risk without a clear picture of when or how their businesses would reach sustainability and profit.

More than a decade after the initial cloud transition, nine of the leading providers in the space, which come from a variety of business backgrounds, are proving out the benefits of cloud business models. It has taken adjustments to almost every major category of financial and operational strategy, but profitability has improved significantly and is gradually approaching the levels seen with traditional software businesses. In summary, the state of cloud profitability has never been stronger.

The direct costs of delivering a solution — and their inverse, gross profit — get little attention in the cloud business model discussion. Although shifts in sales and marketing strategy may be more attention-grabbing, gross profit and cost of goods sold have made the bigger impact to overall cloud profitability. As shown in Figure 2, the “big nine” cloud vendors have increased cloud gross margin by 5 basis points over the last three years. At 65%, cloud gross margin is still lower than the traditional software gross margin of close to 85%, but it has improved significantly for the cloud businesses. The improvements have been driven by a variety of factors, most notably: 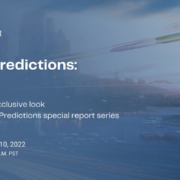 The emerging and evolving landscape of enterprise edge computing

Deloitte’s willingness to go into unorthodox markets supports growth In a day of personal stories, EY showcases the results of corporate commitment...
Scroll to top