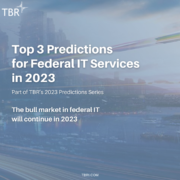 The bull market in federal IT will continue in 2023

Top 3 predictions for Federal IT Services in 2023

Top 3 Predictions for Federal IT Services in 2023

The Biden administration’s federal fiscal year 2023 (FFY2023, ending Sept. 30) budget looks to be a windfall for federal IT contractors, with a double-digit year-to-year increase in civilian IT spending, significant expansion in cybersecurity outlays across defense and nondefense sectors, and generous funding boosts for public health IT infrastructure and veteran care. Other technology priority areas include 5G and broadband connectivity, AI, enhancement of space capabilities and IT systems modernization.

IT spending growth will be most robust in the civilian segment, where the White House has requested nearly $66 billion for technology investment, up 12% over FFY2022 levels. Digital transformation and cybersecurity enhancement initiatives will receive prioritization, the latter driven largely by the 2021 Executive Order (14028) mandating that federal agencies fortify cyber defenses. Zero-trust security will feature heavily in civil agency IT cyber strategies to secure supply chains, improve incident response and reporting, and minimize workforce-related security risks.

During the first year of the Biden administration, federal IT contractors with significant footprints in the Department of Defense (DOD) were concerned that the emphasis on the president’s domestic agenda would result in significant slowdowns, or even cuts, in defense spending. This scenario did not play out, as proposed DOD outlays in the president’s FFY2023 defense budget rose by tens of billions of dollars over FFY2022 levels, including a 2.3% increase for IT and cyberspace activities funding that will push total DOD IT spending to nearly $58 billion in FFY2023, up from the $56.6 billion enacted in FFY2022.

Like their counterparts in the civilian sector, DOD agencies are looking to adopt zero-trust approaches to shore up the security of enterprise IT and communications networks, and other critical military infrastructure. Enhancing IT-related space capabilities (e.g., missile warning and navigation systems, and advanced satellite communications) will also receive funding increases, and the DOD will also increasingly utilize AI, analytics, big data and next-generation mapping technologies to study the national security implications of climate change.

Against the backdrop of record levels of technology investment spanning civilian and defense agencies alike, federal IT contractors are confident the federal IT market will remain growth friendly through 2023. 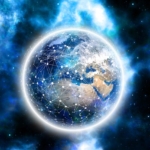 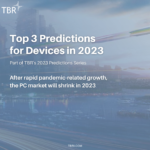