You are here: Home1 / The Blog2 / Blog3 / Russia-Ukraine war: Is Saudi Arabia’s consideration of the yuan the camel’s nos...

In an ongoing series of blog posts, TBR analysts will examine the effects of Russia’s invasion of Ukraine across the IT services, cloud and digital transformation markets. Future posts will reflect both the evolving situation in Ukraine and discussions TBR has with vendors as they make decisions about their current and future strategies for coping with changes wrought by the war.

As Russia continues its invasion of Ukraine, analysts monitoring the war’s global repercussions have also noted Saudi Arabia intriguingly stating the kingdom would consider accepting yuan payments for oil sold to China. Saudi Arabia may be seriously considering a policy change or merely trying to prod the U.S. into walking back its condemnation of Saudi actions in the murder of Washington Post columnist Jamal Khashoggi and the kingdom’s ongoing involvement in Yemen’s civil war. Or both, as floating the yuan-for-oil idea certainly has the attention of U.S. policymakers at the State Department and Treasury Department.

Squeeze here and see the effect over there

The world at large has been startled by the European Union’s swift community consensus on imposing economic sanctions against Russia, concurrent with hundreds of multinational corporations suspending activities in Russia. Principal among the government-led actions have been the sanctions by the U.S. and its allies to limit Russian entities’ ability to transact in U.S. dollars, including cutting Russia off from half of its foreign reserves. A knock-on effect could be multiple nations that are trading partners with China being compelled to accept the yuan as a de facto trading currency, creating a workaround to the U.S. dollar restrictions now disrupting global trading markets. The Saudi yuan-for-oil gambit exemplifies this knock-on effect: Punish the Russians; move some players closer to the Chinese.

Various financial analysts dismiss Saudi Arabia’s suggested policy change and similar announcements by other countries as just rhetoric. Multiple previous attempts to break the stranglehold of the U.S. dollar as the de facto international trading currency have all failed, many barely making it past the speculative policy ideas stage. Critically, in this case, Saudi Arabia pegs its currency, the riyal, to the U.S. dollar as a hedge against market volatility. The kingdom breaking the U.S. dollar stranglehold would be, at best, a pyrrhic victory.

Why this could be a big deal

On the other side of the yuan-for-oil proposal, China aspires to be a greater global power — financially, militarily and politically — and has taken an early lead in the development of a central bank digital currency (CBDC) or digital yuan, currently in limited deployment today. The U.S. Federal Reserve, in contrast, just recently published its first paper on the concept that reads like an introductory primer rather than a detailed set of implementation policy prescriptions.

Successful economic sanctions depend on international implementation, sustained diligence and efforts to compel compliance with alternative measures or workarounds too costly to be maintained or scaled. (Note: We can talk for hours about what makes for good sanctions policy, but for the purposes of this blog, multilateral sanctions = smart; unilateral sanctions = failure.) As enterprises, investors and even individuals pivot into digital finance, China offers an alternative to the U.S. dollar — and the burden of sanctions — in the form of its currency, be it paper or digital. With relations between Russia and China warming, NATO’s increasing heat on Russia may fuse that relationship even tighter, leading to a cascading effect through the lesser economically developed countries (notably in Latin America and sub-Saharan Africa) where a major Chinese technology company, Huawei, has sought new markets in reaction to sanctions against Huawei in the U.S. and European technology markets.

What’s good for consulting and technology? Uncertainty and change, as always

Long-term, these geopolitical implications could destabilize the financial underpinnings of global economic trade. For several years, advisory firms, notably KPMG, have been outlining the threats CBDCs could pose to the U.S. dollar as the de facto trading currency, enabled by new trading networks with multiple currencies that include digital fiat coins and potentially cryptocurrencies. As with any disruption, consultancies and services-led firms can generate opportunities to provide technical and business advice on how to build economically resilient commerce systems, prepared to accept alternate currencies when (not if, but when) they begin taking hold.

Similarly, technology firms, as international trading partners, will be well served to begin trialing these alternative commerce platforms as well as assessing the financial and governance risks that will be exposed if (not when, but if) the U.S. dollar loses its grip as the globe’s de facto trading currency as the digital economy’s network effect starts multiplying. As always, a word of caution: The U.S. remains the largest economy in the world, and any fundamental change would require overcoming the exceptional inertia inherent in the current system.

Ukraine and the future of digital transformation 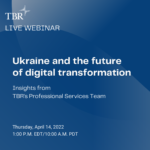 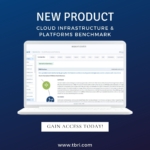