IBM today provided an update on its quantum initiatives: By the numbers, IBM remains well ahead of its peers in the nascent quantum space. The company has over 20 operational systems available via IBM Cloud with more than 180 Fortune 500 companies, universities, laboratories and startups in the IBM Quantum Network. The network members represent over 410,000 users completing over 3.5 billion quantum executions daily. Cumulatively, IBM boasts that 3 million learners have interacted with IBM Quantum Network materials since January 2020.

IBM Quantum network membership can be segmented into the following categories:

All of those promising signs notwithstanding, quantum remains a work in progress as the technology inches closer to economic advantage. The above-referenced facts and figures indicate broadening interest among academia, scientific research, governments, and enterprises (and the systems integrators [SIs] that support them) seeking first-mover advantage.

Toward that end, TBR found two of IBM’s core quantum offerings reviewed today to be of particular interest, as each is indicative of the growing market interest in becoming quantum ready and in trialing different prototypes ahead of the development of commercial-grade quantum computing capabilities.

Firms require advisory services to assess their business readiness for quantum use cases, and IBM created the Quantum Accelerator offering to address this market need in September, 2021. Quantum, like many emerging technologies, requires having two usually distinct sets of people in the room at the same time: the C-Suite and highly skilled technical staff. The former needs to be walked through the art of the possible, while the technical talent has to be shown the technical requirements and the educational and technical scaffolding available to enable them to harness quantum capabilities for business advantage. The logical progression of the Quantum Accelerator offering moves from use-case definition and prioritization to a readiness assessment and adoption road map that ultimately result in proofs of concept ahead of future commercial-grade quantum systems.

IBM has been providing advisory and training services around quantum since the launch of its first 5-qubit system. As the company’s curated knowledge and experiences grows, IBM has been able to provide a more cogent market wrapper around the offerings.

Previously, IBM offered two access models for its quantum system fleet. The first was the Open Plan, which is a Qiskit Runtime service, provided on a limited set of the previous-generation quantum systems and simulators and available free of charge on a first-come, first-served basis. After that, entities could purchase a premium plan reserving capacity of top-of-the-line systems through IBM directly or through an IBM Quantum Network member in essentially a sublicensing agreement. The gap, therefore, was for those entities that had trialed the free systems and were at least quantum curious and interested in experimenting with more advanced systems, who did not have the resources or need for the longer-term commitment to the Premium Plan. As the Quantum Accelerator suite of services gains traction, so, too, will the demand for these kinds of pay-as-you-go trials on more powerful quantum systems, and hence the need for a commercial offer between the Open Plan and the Premium Plan. Further, certain users may not want a premium plan but seek access for academic research for developer experimentations.

IBM’s Pay-as-You-Go Plan costs $1.60 a second, which corresponds to $96 per minute or $5,760 per hour. No other cloud service provider currently utilizes time-based usage fees (others charge on a per-shot basis). Underpinning the offer is the extraordinary amount of engineering IBM has put behind the virtual circuitry and optimization techniques to abstract away the complexity from interested data scientists or algorithm developer personas focused on the scientific and business outcomes more than on optimizing programming and circuit designs.

When TBR pressed IBM Quantum executives to ascertain if the company would offer its systems on additional cloud platforms, IBM did not rule it out. For the time being, however, IBM quantum system access will remain exclusively on IBM Cloud. This makes near-term sense, given the amount of ongoing engineering and optimization to enhance the interactions between classical and quantum systems. In time, however, TBR expects IBM will need to extend the offering to competing clouds.

Does incrementalism work in readying for exponential technology?

Quantum technology sits at an odd point in its maturation. On the one hand, the quantum curious are expanding their interest in the technology, while on the other hand, aspiring first movers seek to maintain some advantages as they wait to ride the much-anticipated quantum technology wave when it materializes. In the interim, however, supply-side programs must evolve and adapt as interest broadens to the quantum curious and deepens as more first movers progress toward quantum readiness.

The IBM Quantum ecosystem continues adding the requisite building blocks to remain a competitive force in the quantum market. Whether IBM’s superconducting architecture prevails, or a competing alternative, such as photonics, ion trap, topological or other dark-horse technology, takes the lead remains to be seen, pending further scientific discoveries from some of the brightest minds in the world. We don’t know when, exactly, commercial-grade quantum will emanate from the labs, but we do know that when it does, it will clear a backlog of the world’s intractable problems across science, finance and logistics.

KPMG Decarbonization: The change agent helping the firm pivot toward its next... 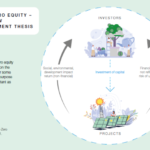 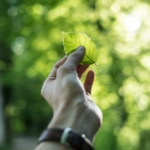