You are here: Home1 / The Blog2 / Special Reports3 / Public sector struggles with tech’s shift from wallet to will manifest i...

Any follower of technology knows it has been radically transforming private enterprise and social interactions, as outlined in a TBR special report on a concept we call the “Business of One.” A more aggressive piece on the impending Digital Dust Bowl discussed the increased polarization of public policy triggered in part by technology. In investigating the U.S. Department of Defense’s (DOD) Joint Enterprise Defense Infrastructure (JEDI) request for proposals (RFP) TBR analysts spoke to a number of representatives from technology suppliers that service the public sector who could not discern the value of a single-source cloud contract with a potential 10-year term when early adopters in private enterprise have moved beyond that concept into a multi-cloud environment. Furthermore, a fixed term of a decade for leading-edge technology adds to, rather than mitigates, risk based on the increased rate and pace of change. In short, TBR believes the DOD’s decision to delay the JEDI RFP is an encouraging, rather than discouraging, sign, as it speaks to the importance of consensus building in a post-Moore’s Law world. 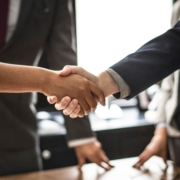 Legacy’s last gasp: SAIC, Engility and the importance of skills over scale

Engility, CACI and SAIC do the federal services consolidation tango

What a Leidos corporate reorganization signals to the government contracting market

JEDI is the force leading AWS’ charge into the U.S. Department of Def... VMware’s tech partner collaboration ramps up revenue
Scroll to top