You are here: Home1 / The Blog2 / Special Reports3 / EY blockchain strategy: Betting on public chains with EY advisory for risk...

Blockchain sits firmly ensconced in the hype phase, but appears poised in 2018 to move, as EY described it, into live industrial applications. Even in this industrialization phase, the applications are minimum viable products with potential extensions available if public policy can take a leadership role on fiat currency guidelines, if regulators can find ways to automate and tokenize trust, and if trading partners can agree upon the basic operating parameters for their commercial transactions conducted via blockchain.

Underneath the business value of blockchain, however, is a rather significant bet to be placed on either deploying public (ethereum) or private (hyperledger) blockchains. At the core of this debate rests two issues: the speed of innovation, and the level of security and trust that can be ensured. Innovation, EY argues, happens faster on public networks even if that innovation ameliorates what bad actors inject into the network. In theory at least, even bad actors have a role to play in accelerating innovation by essentially forcing the issues and speeding the time to resolution. 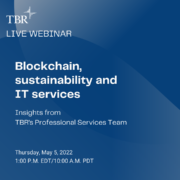 Blockchain, sustainability and IT services 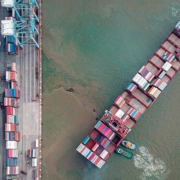 IBM helps customers extend IP ‘inside out’ to anyone, anywhere

With use cases built on public chains in production, attention turns to public and private sector interaction