According to Technology Business Research, Inc.’s (TBR) 3Q18 Webscale ICT Market Landscape, webscale ICT capex for the “Super 7” will grow at a 26.2% CAGR from 2017 to 2022 to more than $69 billion as these top webscales aim to future-proof business-critical infrastructure and map network capacity to data traffic growth, which is expected to increase exponentially through the forecast period.

Webscales are investing tens of billions of dollars in new data centers, either to support their core businesses or to increase the scale of their cloud services businesses. Capex spend is spiking in 2018 as many of the Super 7 build new facilities on land they acquired in 2017. Amazon’s 30.4% year-to-year ICT capex growth rate in 2018 is noticeably lower than that of its peers, which is largely due to its leading presence in the cloud services market. Challengers Microsoft, Alphabet and Alibaba will grow 2018 ICT capex 73.6%, 100.3%, and 101.6%, respectively, year-to-year in a bid to catch up to market leader Amazon Web Services.

The OEM landscape is being upended as webscales embrace ODMs and open-source technology. A growing number of ODMs aim to take share from incumbent hardware vendors such as Cisco and Dell EMC. Webscales often possess the talent necessary to design their own equipment, then outsource production to an ODM. In these instances, the software is disaggregated from the hardware and the code is written by webscale software engineers. This threat gives webscales negotiating power over incumbents. Some vendors, such as Cisco, mitigating the threat from ODMs with acquisitions, strong customer relationships and litigation. 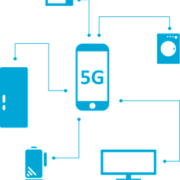