You are here: Home1 / The Blog2 / Blog3 / IoT is trending toward smaller, easy-to-replicate projects that will generate...

IoT is not a technology, nor a market, but it certainly drives IT revenue

TBR estimates the contribution of the commercial IoT technique to the overall IT market will increase from $456.1 billion in 2019 to $1.7 trillion in 2025, a CAGR of 24.9%. IoT is not a technology or a market, but a technique for applying IT components, made more relevant by the increased ease of connecting sensors and collecting and processing data. It serves as a tool in the larger toolbox of traditional IT solutioning. As vendors and customers move beyond the stigma that IoT is exotic, untested and expensive and begin to understand that IoT is just an iteration of everyday IT solutioning, IoT is being implemented at an increasing rate, albeit slowly and steadily. While these projects are generally smaller, as customers leverage IoT to solve targeted problems and prove ROI, they are set to grow over time and expand into parallel projects, contributing long-tail revenue to vendors that are amenable to projects that are smaller in scope.

Several drivers will determine whether the growth needle moves toward lower or higher market performance. One is global economic health, including the impact of geopolitical challenges, which is out of the control of the customer and vendor community. If the U.S., Western Europe or China (or all three) faces an economic downturn, IoT projects are less likely to flourish. Increased tension between the U.S. and China could also drive economic challenges, in addition to hurting vendors’ ability to partner, limiting vendors’ market reach and reducing customer choice. 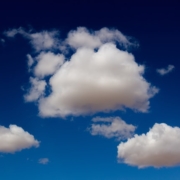 Could cloud cast a shadow over Dell’s bottom line?

CSP 5G revenue will be ‘minimal’ in short-term BPO 2.0 is alive at TELUS International in Bulgaria
Scroll to top